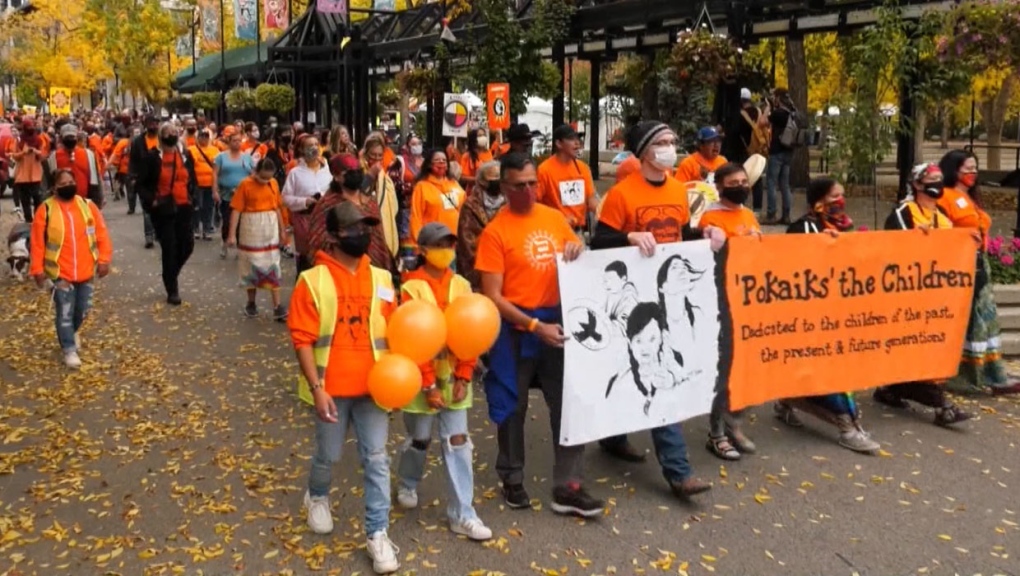 Orange Shirt Day occurs just a few days before Sept. 30, when Canada's first National Day of Truth and Reconciliation will be held.
CALGARY -

A large gathering took to the streets in downtown Calgary Saturday for the official Orange Shirt Day, an event created to honour the Indigenous youth affected by the residential school system.

The march, organized by the Colouring It Forward Reconciliation Society, is the traditional event created for the day that was first recognized three years ago.

The procession went down Stephen Avenue and ended with a gathering at Olympic Plaza.

Participants said it was an honour to remember the victims of one of Canada's most tragic periods of its history.

It wasn't just Calgary's Indigenous community that joined in the event.

"I'm really, really, really grateful that non-Indigenous people are able to stand in solidarity with us and are taking the initiative to listen to Indigenous communities and participate in an Indigenous event," said Tapisa Kilabuk, event coordinator with the Calgary Alliance for the Common Good. 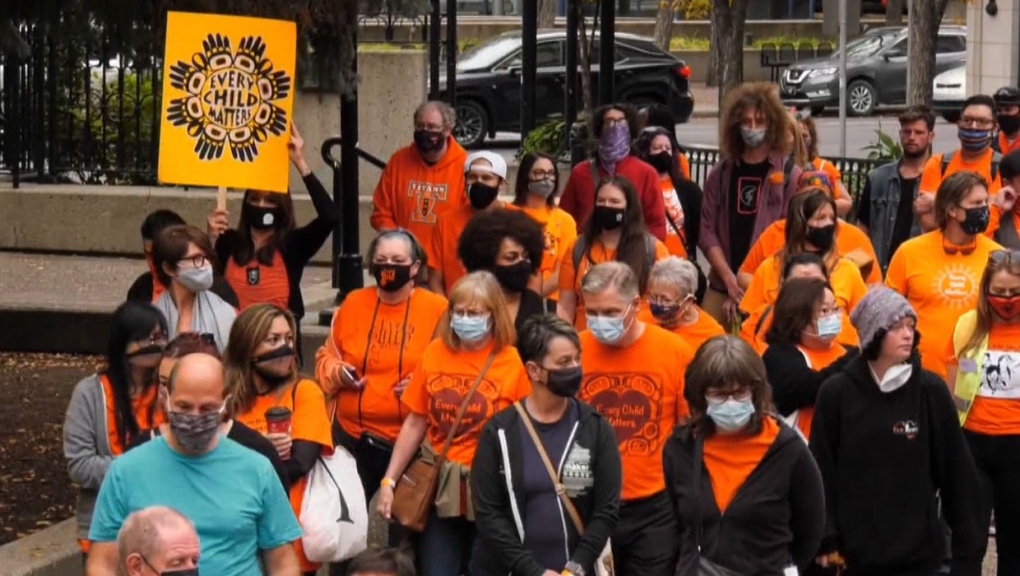