Working out in Alberta during August could help injured wildlife 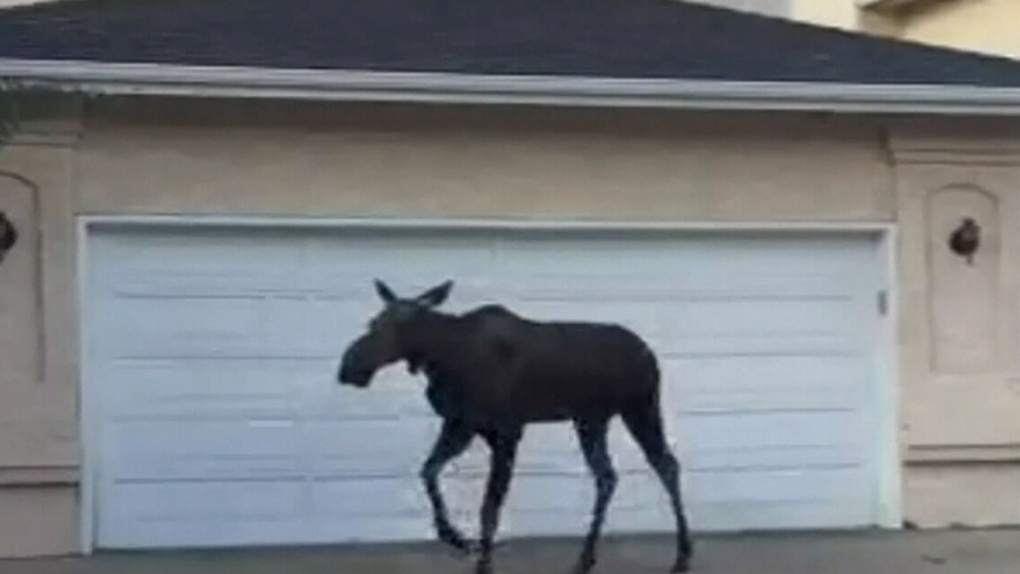 A young moose wanders through a Calgary neighbourhood. Many of the animals helped by the Alberta Institute for Wildlife Conservation come from the Calgary area. (File lphoto)

CALGARY -- Working out helps keep people in shape, and during the first three weeks of August, it can help injured animals get rehabilitation too.

The Alberta Institute for Wildlife Conservation is running its second annual Workout for Wildlife event from Aug. 1 to 21, aimed at supporting the rehabilitation of injured and orphaned animals.‪

“Individuals get to pick their own fitness goals to make, like taking a walk every day or doing yoga every day, biking or running,” said AIWC executive director Holly Lillie.

‪“We are not funded by the government so it's important to raise money for wildlife because it can be very costly to rehabilitate them,” said Lillie.

“We are self-funded, all through private donations, grant applications and fundraising.”

‪Lillie added Albertans are lucky to have an abundance of wildlife and it's important to preserve that legacy.

Money raised will help AIWC with the care and rehabilitation of animals ranging from moose calves to hummingbirds.

About 95 per cent of the injuries to wildlife AIWC sees are caused by humans in some way. More than 75 per cent of orphaned and injured wildlife is from the Calgary area.
More information can be found online.