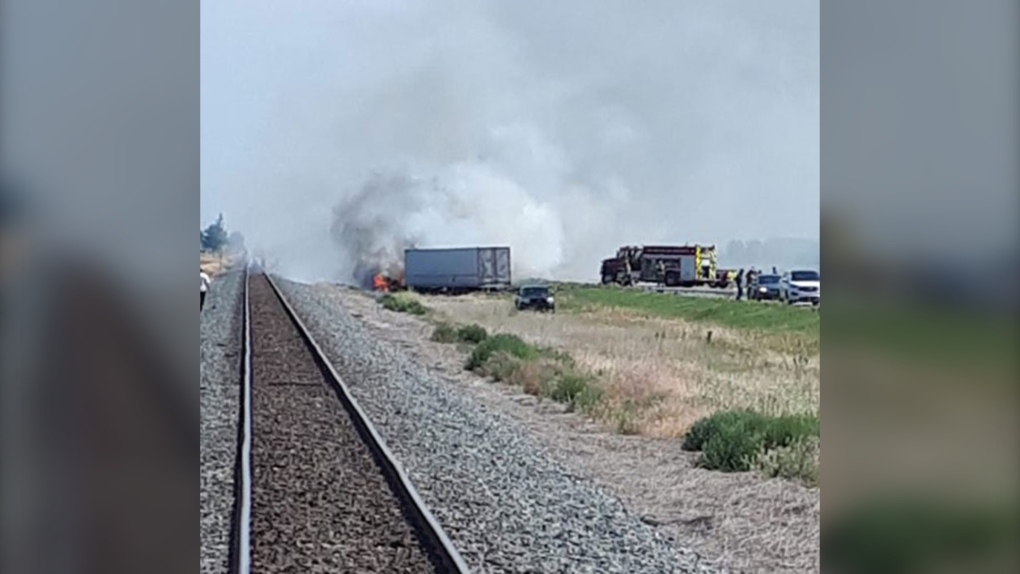 A young woman died at the scene of a crash near the Town of Taber on August 3, 2019. (Supplied/Brory Hymms)

Officials say a 19-year-old woman was killed in a crash that took place on Highway 3 near the Town of Taber on Saturday afternoon.

Police, along with crews from the Taber Fire Department and Alberta EMS, were called to the scene on Highway 3 at Range Road 161 at about 12:45 p.m. on August 3.

Upon arrival, they found a semi tractor-trailer and a passenger car that had collided, with both vehicles bursting into flame.

Police say the lone occupant of the sedan, a 19-year-old woman, died at the scene.

The driver of the semi, a 65-year-old man, was taken to hospital but was later released.

The highway was shut down in both directions because of the incident and drivers were detoured around the scene for the duration of the police investigaton.

The name of the deceased is not being released at this time.

RCMP are continuing to investigate.