5 teens charged in connection with cell phone thefts in Okotoks 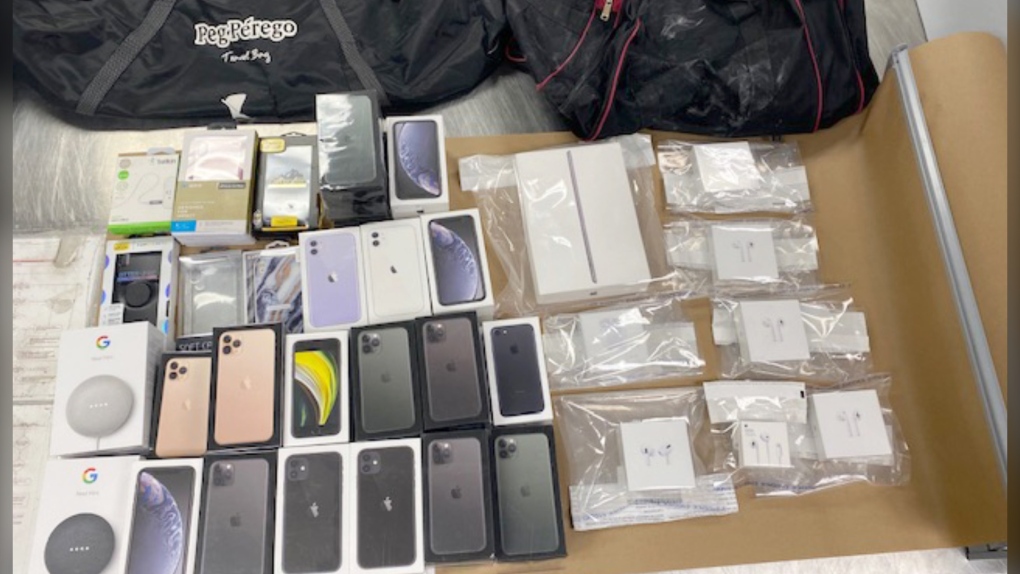 CALGARY -- Five teenagers are facing charges of robbery and forcible confinement after a number of cell phones were stolen from a Rogers Communications store in Okotoks, Alta.

Police were called to the store on Southridge Drive, in the town just south of Calgary, about 1:30 p.m. on Monday.

Police said in a release that four males entered the store and assaulted two employees while demanding phones and other electronic devices.

The employees suffered minor injuries and the group fled in a vehicle.

The Calgary police HAWCS helicopter was called in and located the vehicle, leading police to a residence in southeast Calgary.

Five young people — two 17-year-olds, two 16-year-olds and a 15-year-old — were arrested and a search warrant was obtained for the home, where more than $70,000 worth of cell phones and other electronic devices were seized.

Five youths from Calgary have each been charged with:

All five were denied bail and are scheduled to appear in court next Oct. 16.

The teens can’t be named under the Youth Criminal Justice Act.