Art is popping up in unexpected spaces this month as part of the 2021 BUMP (Beltline Urban Murals Project) festival.

Nathan Meguinis, an artist from the Tsuut'ina and Dene Nation, says it's an honour to be chosen to paint his second mural in the city. This year his piece is taking shape near the intersection of 11th Avenue and Macleod Trail S.E.

"The story I’m trying to articulate is travelling family," explained Meguinis, who said the piece depicts the shared territory among some First Nations people.

Meguinis said the use of orange in the mural recognizes residential school victims while also serving as a tribute to his community.

Meguinis’ mural is one of 50 new works of art planned as part of the 2021 BUMP festival, now in its fifth year. 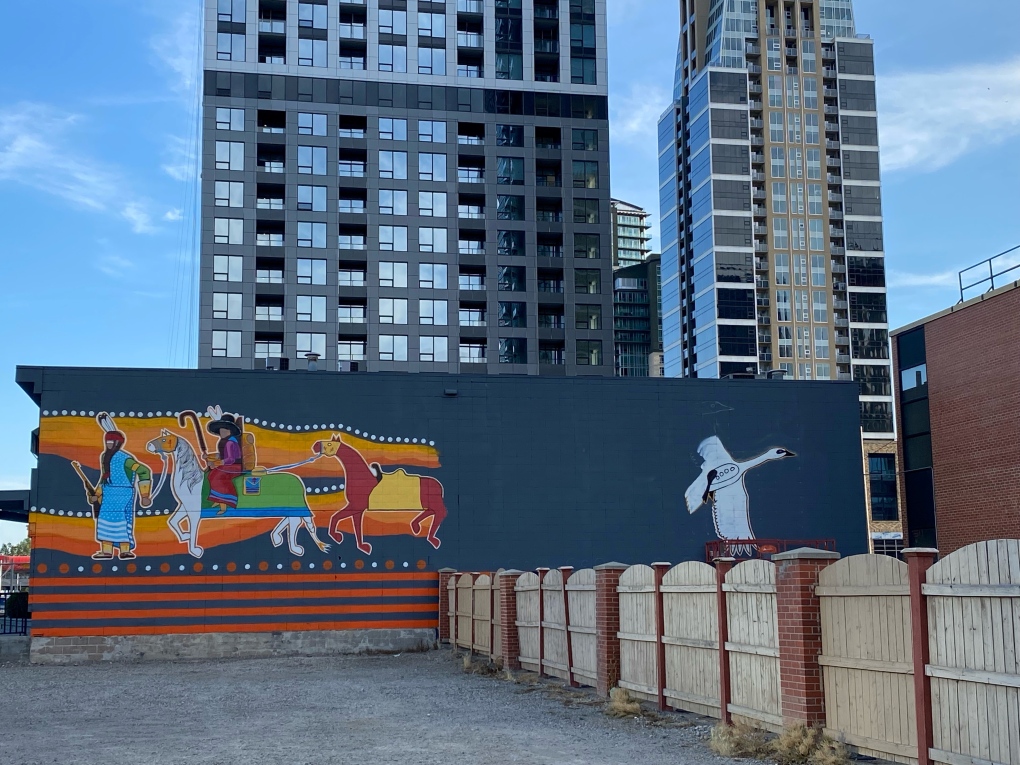 "It’s a festival of the arts and of community," said Peter Oliver, president, Beltline Neighbourhoods Association. "Really reimagining unremarkable spaces in the city and turning them into something special."

Organizers say this is the most ambitious year for the festival with murals from local, national and international artists being constructed in seven neighbourhoods; Beltline, Downtown, Mission, Bridgeland, Greenview Industrial, Kensington and Inglewood.

"It’s providing a platform and way for artists to promote dialogue and conversation in the community about different issues they find important, cultural issues and really bring it into the public sphere," said Oliver.

Three Sikh female artists from Alberta are honouring farmers in India with their mural, called 'Still I Rise,' near the intersection of 16th Avenue and 12th Street S.W.

"The mural will look like a representation of how we feel about the farmers protests in India," said artist Zoe Harveen Kaur Sihota. "Being Punjabi, Sikh, we have a lot of deep rooted history within farmers. All of our ancestors were farmers back in India and the issues that are happening in India have continued." 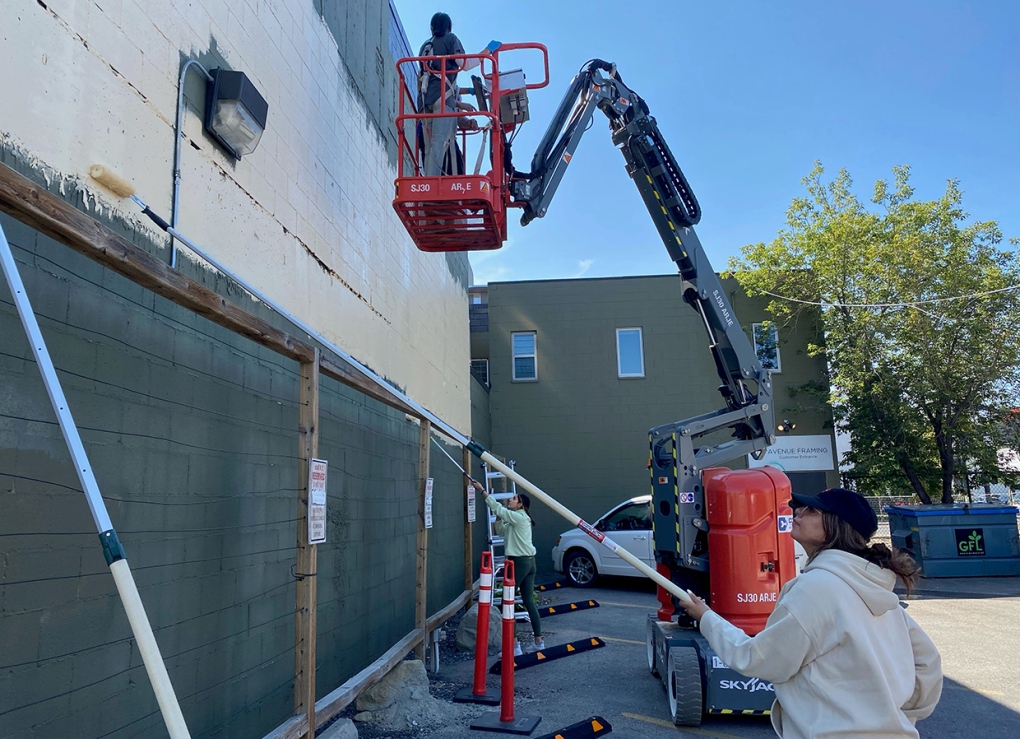 Work is underway at 16th Ave. and 12 St.S.W. on a mural called "Still I Rise", honouring the strength and perseverance of farmers in India during months of protests against new farming laws

For months, tens of thousands of farmers in India have abandoned their fields to stage a massive protest outside the capital New Delhi. They are fighting new farming laws that they say will devastate their livelihoods.

"We want people to look at this image and understand that even though issues are happening around the world, they still affect us in North America and we still have to be vigilant and attentive to these issues and we’re hoping to spread awareness."

Work is underway at 16th Ave. and 12 St.S.W. on a mural called "Still I Rise", honouring the strength and perseverance of farmers in India during months of protests against new farming laws

Their mural is expected to be unveiled on Aug.16.

The BUMP Festival runs until Aug. 29. This year's lineup includes outdoor cinema and artist talks. You can also take a self-guided mural tour to learn more about the artist and their inspiration.

First Nations leaders in Manitoba are calling for the resignation of Winnipeg's police chief after the force decided to not search a landfill for the remains of two Indigenous women.

Canadian singer Celine Dion was diagnosed with stiff person syndrome, a rare neurological condition with no cure, forcing her to take a step away from her world tour.

Honey and Barry Sherman's daughter is speaking out ahead of the five-year anniversary of her parents' unsolved murders, imploring anyone with information to help solve the killings.

A Quebec judge has authorized a class-action lawsuit against the maker of the popular online video game, Fortnite, after parents of three children who played it argued it was too 'addictive.'