Advance voting kicks off as Calgary mayoral race heats up

With exactly two weeks to go until Calgary's municipal election, advance voting opened up at 37 polling stations across the city.

Every election is about choices and Calgarians have plenty of them to make in the next two weeks. There are 100 people running for seats on council, 27 candidates are aiming for the mayor's seat and there are 55 people in the running for a spot on the public and separate school boards.

Voters will also face questions about equalization, Daylight Saving Time, the senate and a Calgary plebiscite on whether fluoride should be re-introduced to the city's water supply

Given the long ballot, several early voters CTV News spoke to Monday raised concerns about how easy it was to miss the plebiscite question at the bottom of the page. 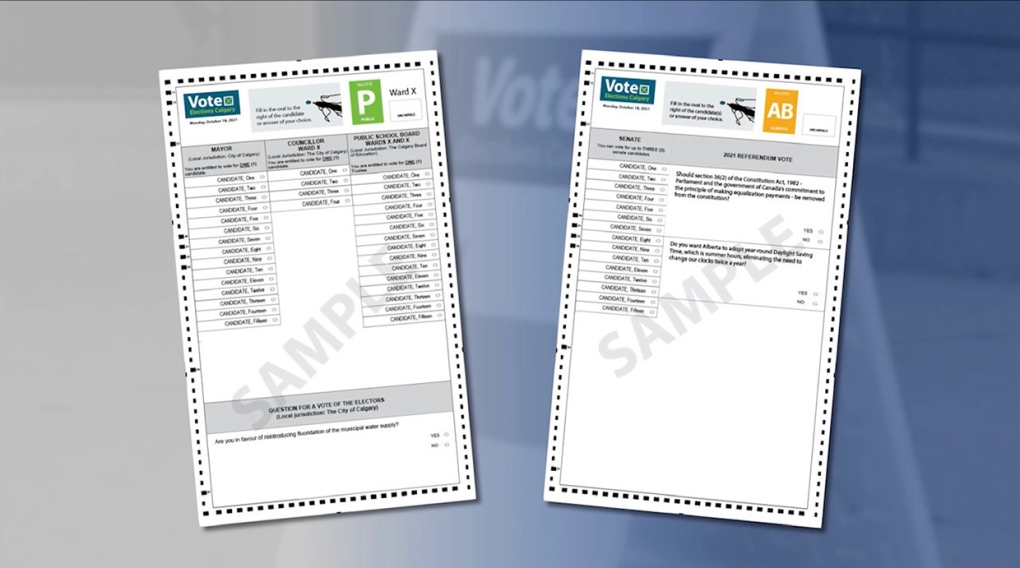 "I almost missed it, actually. I was in line looking over my thing and realized I didn't even fill it out, so that one was easy to miss," said one woman who voted at the Kerby Centre Monday morning.

"A number of people might not have known that the fluoridation question was on the ballot and thus missed it completely. I think that calls into question the validity of the plebiscite on fluoridation," a man told CTV News after casting his ballot.

"Councillor Farkas, we are not selling city parks, we are not defunding the police, we are not increasing our taxing ability. These are lies, you need to stop telling them," Gondek said at one point in the debate.

Farkas said his voting record through four years on city council tell Calgarians what they need to know about him.

"While we're having a discussion about what the record is, I would just invite Calgarians to actually research stuff like this," he said. 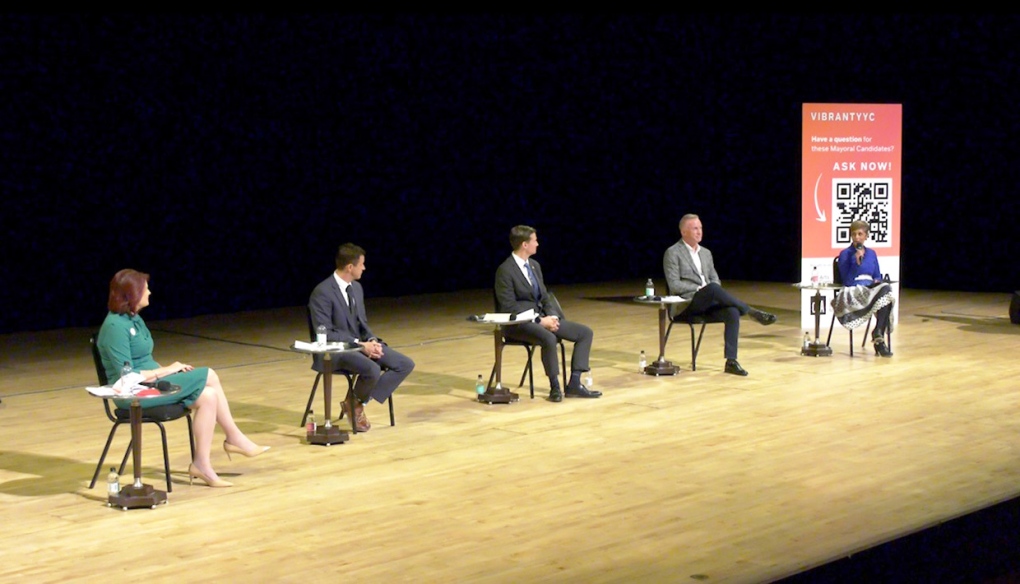 CTV News Calgary reached out to each of the 27 candidates and provided them a questionnaire and opportunity to send in a short video about why people should vote for them.

Davison also took aim at Farkas' platform, which calls for holding the line on property taxes. He criticized his fellow running mate for what he said was an ever-changing policy.

"Investment security and certainty is what people need, that's what our citizens need," Davison said.

"You can't just change the debate based on what you think tomorrow's headline in Rick Bell's column will be."

Farkas, Gondek and Davison -- all current councillors who are in the running to be mayor -- are leading a voter intention poll done by ThinkHQ Public Affairs last month.

Candidates Damery and Field are on pace to each earn less than four percent of the vote, the poll said.

"We've got to actually look at stabilizing taxes, particularly for our businesses, so they can actually recover as we all come out of this pandemic and economic recession," Damery said at Monday's debate.

CTV News Calgary reached out to each of the 27 candidates and provided them a questionnaire and opportunity to send in a short video about why people should vote for them. You can find the submissions from those who responded here.