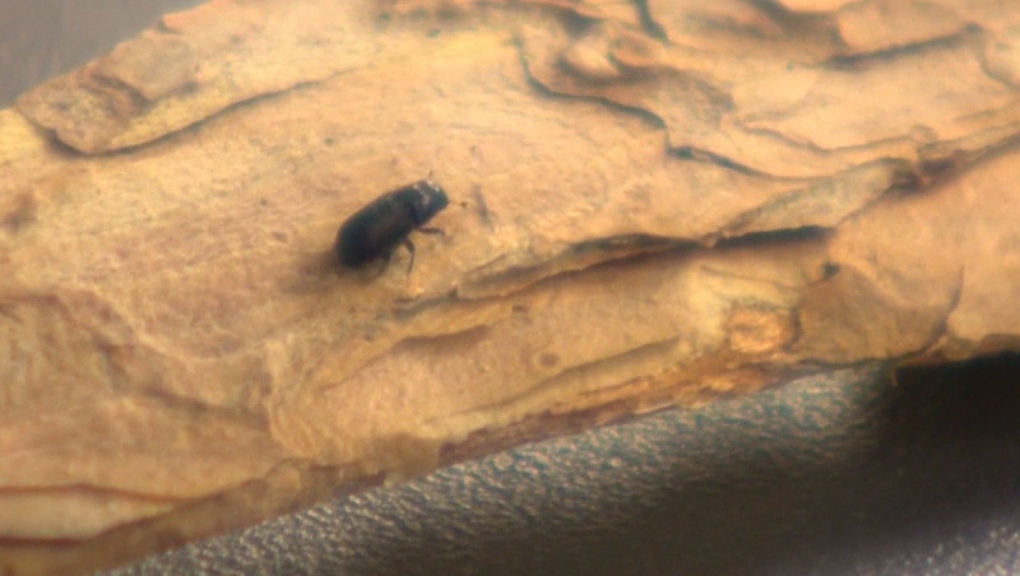 The tiny mountain pine beetle has been responsible for destroying millions of pine trees throughout Canada over the past 15 years.

The extreme cold weather that's gripped Alberta in recent years has done wonders to protect trees in the province by killing destructive bugs.

The government of Alberta says mountain pine beetle numbers have sharply declined for the fourth consecutive year and the current population estimate is 94 per cent less than the peak recorded in 2019.

"I have personally seen the effect of mountain pine beetles, and understand the risk that outbreaks pose for the livelihoods of thousands of Albertans and the resilience of our forests," said Minister of Forestry, Parks and Tourism Todd Loewen in a statement released Tuesday. "I am pleased to see that our approach to controlling the spread of mountain pine beetles and favourable weather trends are having such a positive impact in many areas around the province, and we will continue to protect our forests for future generations."

According to the province, the insects have affected more than 2.4 million hectares of forest and have killed the vast majority of pine trees in some areas.

Ongoing attempts to control the spread of the beetle include targeted cutting and burning of single trees, as well as the harvesting of entire areas where affected pine trees have been detected.

The province says there remains a threat of resurgence of mountain pine beetle in Banff National Park, the Bow Valley, Kananaskis country and Crowsnest Pass.