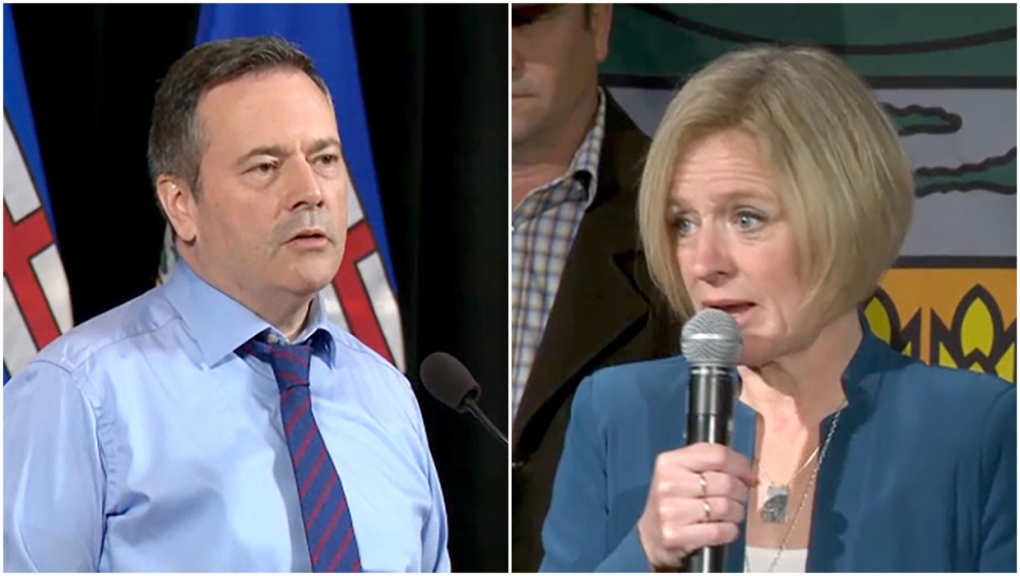 The Alberta NDP led by Rachel Notley continues to lead the ruling UCP led by Premier Jason Kenney in popularity among voters, according to polling data released Thursday by Angus Reid.

The poll suggests roughly two-in-five Albertans, or 42 per cent, would vote for the NDP compared to roughly three-in-10, or 31 per cent for the UCP.

The Wildrose Independence Party has 16 per cent support, followed by the Alberta Party at eight per cent and the Liberals at one per cent.

The NDP have led the UCP in terms of voter intention since March 2021, according to the Angus Reid poll done every three months, and the gap has remained somewhat steady since June 2021.

The next provincial election is scheduled for 2023.

"It's not so much to me a matter of when (the UCP) has to turn things around, it's how they can possibly do that?" said Mount Royal University political scientist Lori Williams.

A number of issues have hampered UCP efforts to increase support.

"Traditionally … for this kind of thing, you'd need to have a big misstep or scandal or problem for the NDP," said Williams. "The (UCP) are where they are because of scandals, mismanagement of the pandemic and so forth."

The most recent scandal involves former justice minister Kaycee Madu and the revelation he phoned Edmonton's police chief after receiving a distracted driving ticket while in a school zone last year.

Madu who is Black, has said he made the call because he wanted to make sure he wasn't being improperly surveilled or racially profiled.

Kenney has asked Madu to "step back" as justice minister while an independent investigation unfolds and Energy Minister Sonya Savage has taken over his ministerial duties in the interim.

"This is the third minister gone for cause in just over a year," said Williams, noting MLA Devin Dreeshen resigned as minister of forestry and agriculture in November 2021 following allegations of drinking at work and MLA Tracy Allard also resigned as minister of municipal affairs after it was revealed she flew to Hawaii during the 2020 Christmas break, despite public health recommendations against non-essential travel.

"There's a much bigger set of questions around trustworthiness, around integrity and around competence," she said.

"I said this at the beginning of 2021 when Jason Kenney was going to earn back trust, that's a hard thing to do and he's done nothing but generate further doubt about whether he can be trusted, both to be honest or to be a person of integrity and be accountable. He just keep stepping in it, he just keep mismanaging."

The Liberal government is moving to ban Russians sanctioned over Moscow's invasion of Ukraine from entering Canada. The government tabled proposed amendments to federal immigration law in the Senate today to ensure foreign nationals subject to sanctions under the Special Economic Measures Act are inadmissible to Canada.