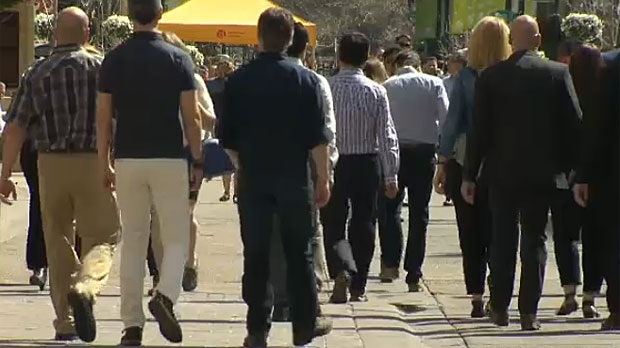 The Alberta economy is expected to have some growth this year and next, ATB Financial says.

The province’s economy is expected to make some advances in 2017, ATB Financial’s latest report shows.

The bank released its latest quarterly outlook on Thursday and it’s forecasting the economy will grow by 2.7 percent in 2017 and 2.3 percent in 2018.

Increased stability in the oil patch is one of the main reasons for the growth, the report indicates.

“The growth is going to come from some of the other sectors in the province, tourism in particular,” said ATB chief economist Todd Hirsch. “We think we will see some of the rebuild in Fort McMurray add to some of the growth and other sectors, like the high-tech sector, which are looking at Alberta; they’re looking at Calgary and they’re seeing a lot of advantages on the labour and on the office space side.”

ATB does say there are still some challenges ahead, in particular the unpredictability in the White House.