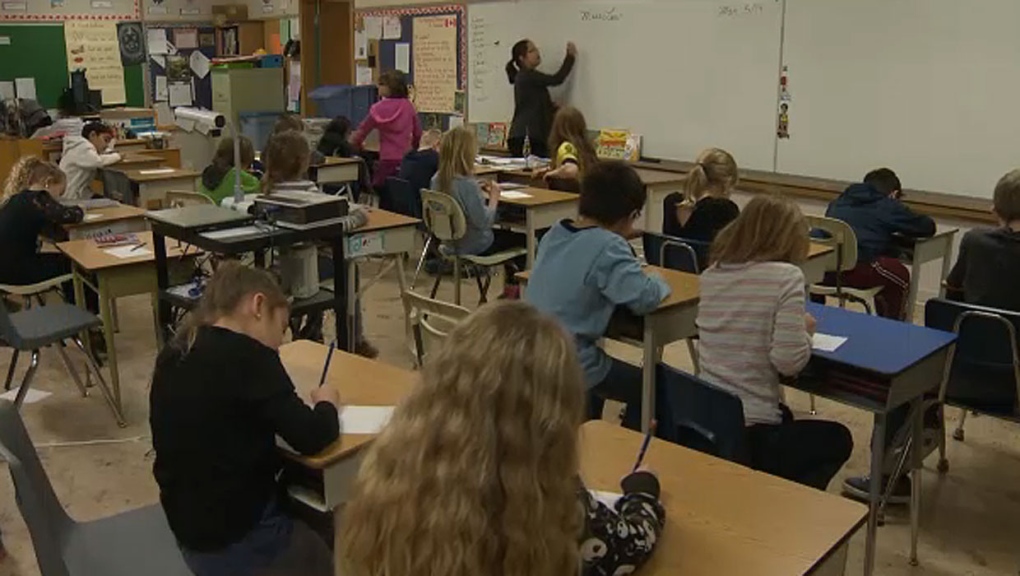 According to a report from the Fraser Institute, Alberta spends more money per student than B.C., Ontario and Quebec. (File)

CALGARY -- A new report on education spending in Alberta shows the amount spent per student exceeds that of our western neighbour B.C. as well as Ontario and Quebec.

The study, published by the Fraser Institute, says per-student spending in the province's public schools reached $14,456 in 2016/17, which is the most recent data available from Statistics Canada.

"Contrary to what we often hear, education spending on public schools in Alberta has increased, and it's increasing at a faster rate than in other parts of the country," said Jason Clemens, co-author of the study and the Fraser Institute's executive vice-president, in a release.

The study also found Alberta and Saskatchewan, the province that has the highest per-student spending in the country at $15,423, had the highest increases in enrollment. There were 10.3 per cent more students enrolled in Alberta while Saskatchewan experienced an increase of 6.5 per cent. 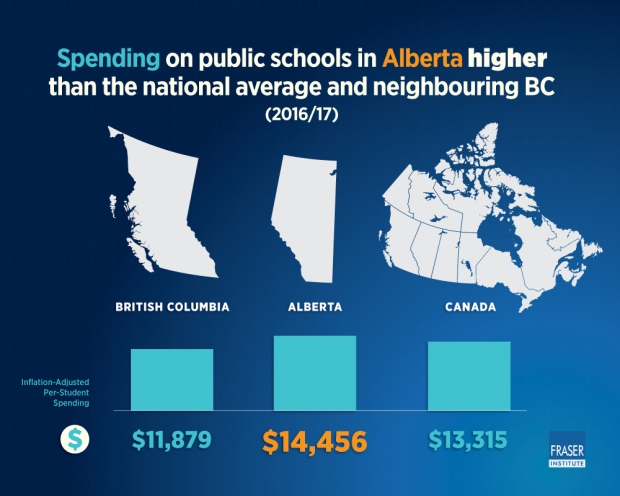 Enrollment actually dropped in six out of 10 provinces, with Nova Scotia and New Brunswick having the steepest declines at 3.3 and 3.2 per cent respectively.

The average increase in spending per student in Canada increased by 2.9 per cent to $13,315 or an increase of about $370 per student.

According to Statistics Canada data, Canada spent $68.1 billion on education in 2016/17.