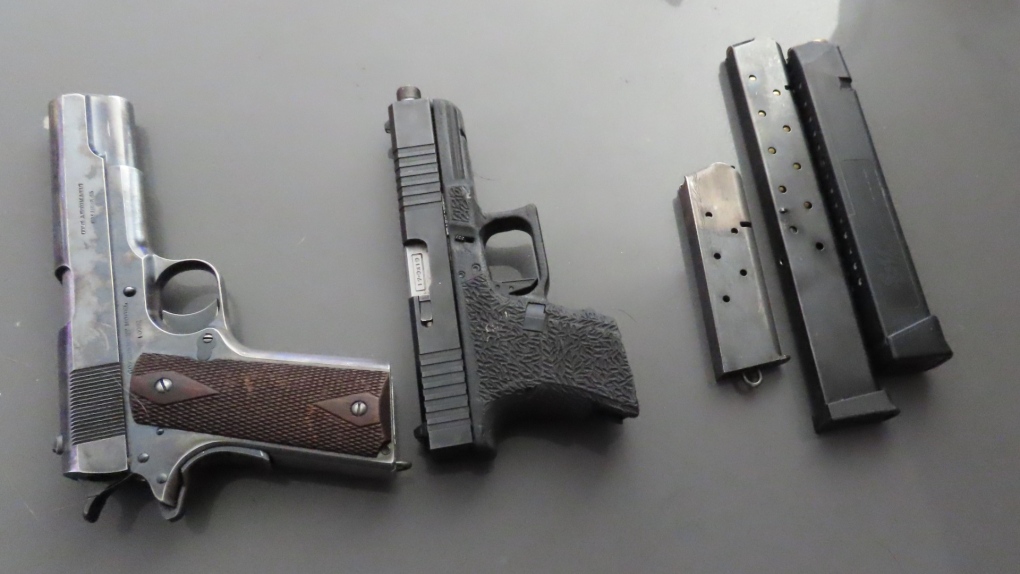 Handguns and magazines seizure during a Calgary drug trafficking investigation that resulted in 32 charges against Alexander Corbett. (CPS)

A 30-year-old Calgary man wanted on dozens of outstanding warrants has been arrested and now faces an additional 32 charges, following an investigation spurred by tips from the public.

Alexander Corbett, 30, was arrested following a two-month drug trafficking investigation that involved the search of two Calgary homes — one in the 11800 block of Lake Fraser Drive S.E. and the other in the 0 to 100 block of 24th Avenue S.E. where Corbett was found — as well as two vehicles.

The four searches led to the seizure of:

"We thank the public for coming forward with information that led to the successful investigation into drug trafficking and gun violence within our city," said Staff Sgt. Kurt Jacobs in a statement. "Removing these illegal drugs, weapons and ammunition from our streets will prevent further harm in our community.

"If we want to tackle gun violence in our city, this is one way in which the community can help. No tip is insignificant."

His new charges include:

Corbett remains in custody and was scheduled to appear in court on Monday.