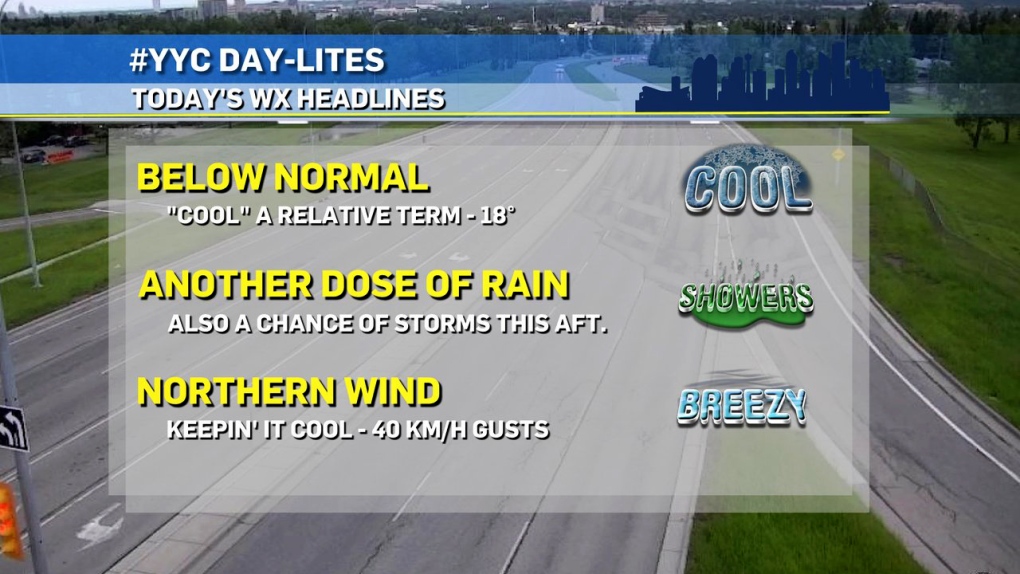 CALGARY -- Let’s just get straight into the DayLites.

If this looks familiar: it is. High pressure east of us has strengthened into a heat warning machine, with those slated through Manitoba and northern Ontario for today. Rising into that ridge is the trough that we’re caught under still – and will be for a little while. The origin point for our airmass is still a large upper low over the Gulf of Alaska, with that band of chillier air continuing its sweep on through.

As such, we’re facing another couple of days where the forecast is dominated by wave after wave of precipitation, with a few heavier periods possible (esp. Tuesday and Wednesday morning). Beyond that, we’ll see the breaking of this trough, opening us for some sunnier straits.

Speaking of lingering elements, this weekend near Turner Valley Saturday, a hail core would not relent and would not move along – thankfully, for those at home, the hail size wasn’t so bad… for those on highways, this generated a layer of hail that fully covered the ground and created some treacherous conditions on roads.

We had photos from Lori and Keith in Turner Valley as the hail came down: 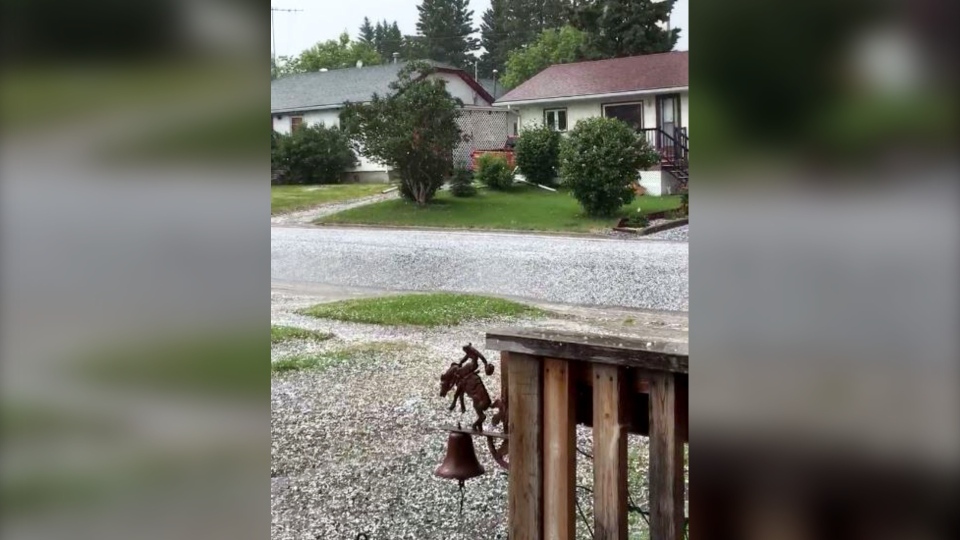 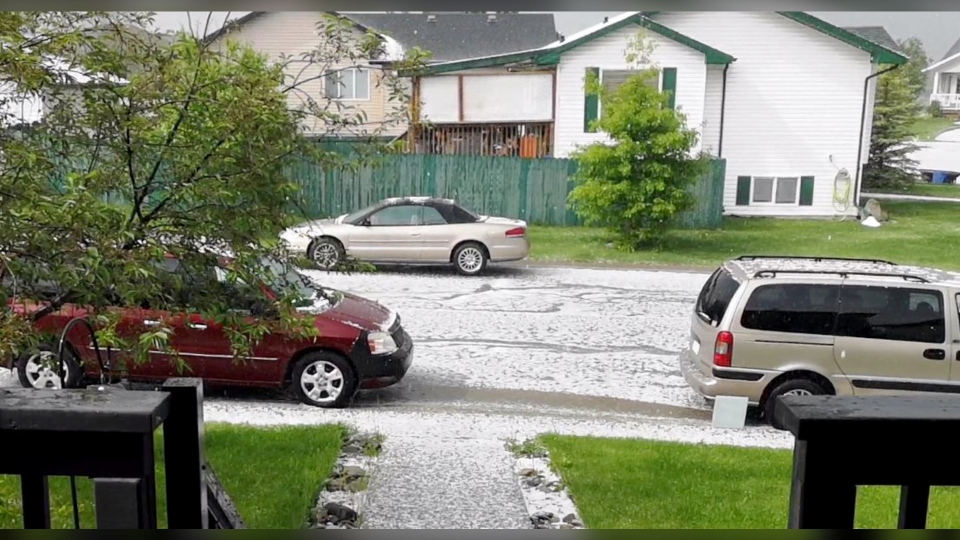 And “DG” send us this great shot of the storm rolling near Okotoks. 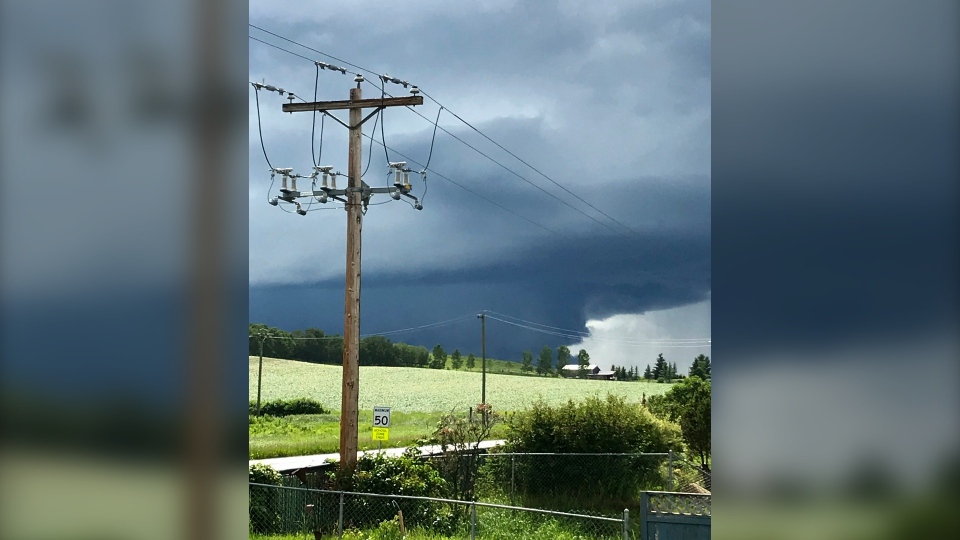