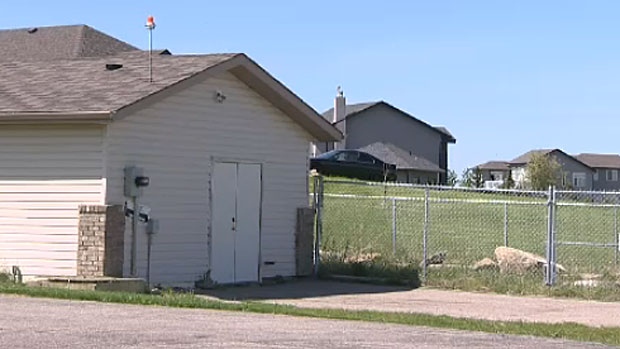 The East Airdrie Waterworks facility provides drinking water to about 30 homes in the hamlet of Balzac. Residents there say they don't trust drinking the water from the plant.

The owners of a water treatment plant that supplies drinking water to residents in the Hamlet of Balzac has been given one more month to get their act together.

East Airdrie Waterworks, which is managed by Dockman and Associates Ltd. was given an enforcement order earlier this week.

Its licence expired last year, but the Government of Alberta gave them a year to address the compliance issues it uncovered in inspections.

That, too, has expired but officials have given the owners one more chance to fix their issues and apply for a new licence.

The province insists that the water is safe for consumption and says it will continue to monitor the situation.

The owners of the plant are ordered to:

The facility services about 30 homes in the community and residents say they’ve experienced water problems before.

“They were trucking water in last year from the City of Airdrie,” says Lynnae Miller. “Every other day the water truck was here refilling things.”

“There’s times that we’ve run out of water,” says Dean Filipetto. “We don’t drink the water, we just don’t feel that it’s been tested enough.”

The plant will continue operations for now and has until August 1 to apply for a new licence.

The province says it will not issue any further extensions and may seek legal action to force the owners to comply with the ordered upgrades to the plant.