Ban on public events in Calgary extended until Aug. 31 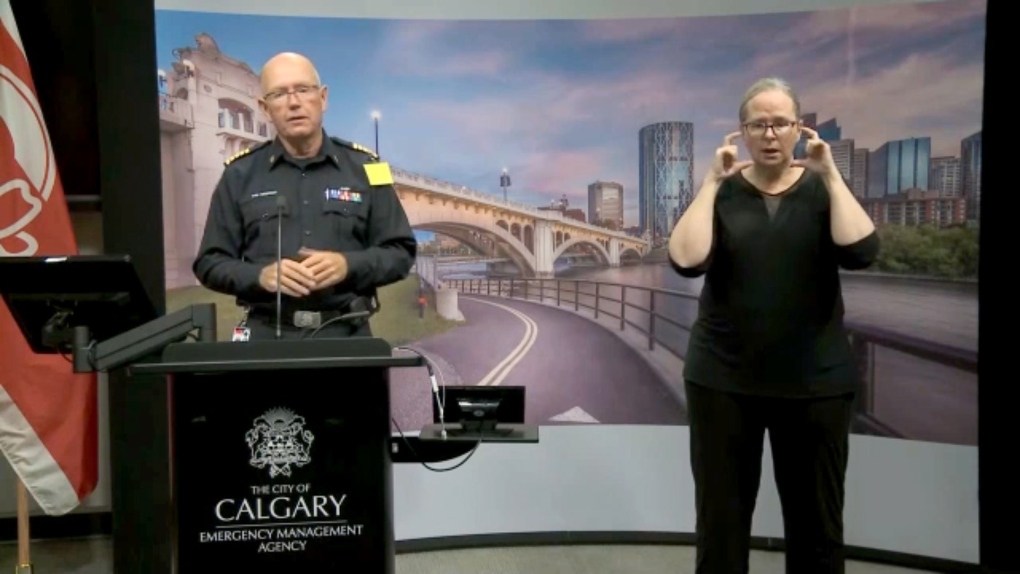 Originally set until June 30, the city is extending its ban on public events until Aug. 31 due to COVID-19.

CALGARY -- The City of Calgary is extending its ban on public events until Aug. 31 due to the ongoing COVID-19 pandemic.

Mayor Naheed Nenshi made the announcement during Friday's regular update.

Along with the cancellation of the Calgary Stampede and Calgary Folk Fest — which were both announced Thursday — Nenshi said the extension means Canada Day events are also off this year, but it will still be celebrated .

As such, Nenshi said he is asking for ideas from the public on what a socially distant celebration might look like. Those should be shared on social media, he said, using the hashtag #ohcanadayyc.

With the weather now improving, officials said earlier this week that bylaw officers will be patrolling popular city parks and areas where they will ticket people not following proper physical distancing protocols of staying two metres away from other people.

Groups are limited to a maximum size of 15 people, as per a provincial health order. A ticket for not following physical distancing protocols is $1,200, which can be increased by a court to $100,000 for a first offence.

Nenshi added the group limit doesn't mean you can have small parties or gatherings.

"I'm going to be very blunt about this, it's for funerals, it's for things that are unavoidable, for people who have to come together," he said.

"It's also important to remember, it's 15 people who are under the age of 60, who have no immuno-compromised systems, who have no other pre-existing conditions and who have nothing else that might make them more ill than others.

"It does not mean you can have a block party as long as you stay (two metres) apart. For now, it is still incredibly important that the only people you are with is the people you live with, the people in your bubble."

As of April 22, Calgary police had handed out nine tickets for people not respecting rules during the pandemic while bylaw officers have so far only given warnings.

Along with that, the city has given out 134 warnings to non-essential businesses operating during the pandemic, and one business has had its licence suspended, said Calgary Emergency Management Agency Chief Tom Sampson.

"We all have to do our part to flatten the curve," he said. "You don't want to be that business and have those kind of impacts."

Sampson said Calgarians are encouraged to get outside and use parks and pathways, but should find areas that are not busy.

"There's 8,000 hectares and over 1,000 kilometres of trails in the city, so pick another spot, pick the path less travelled," he said. Playground equipment remains closed.

Backyard fire pits will be allowed in the city, said Sampson.

The city will also restrict traffic on Crescent Road N.W. to deter visitors to the popular lookout over downtown Calgary.

The McHugh Bluff stairs in that area will remain open for foot traffic but people must only travel up the stairs and go down the nearby ramp.