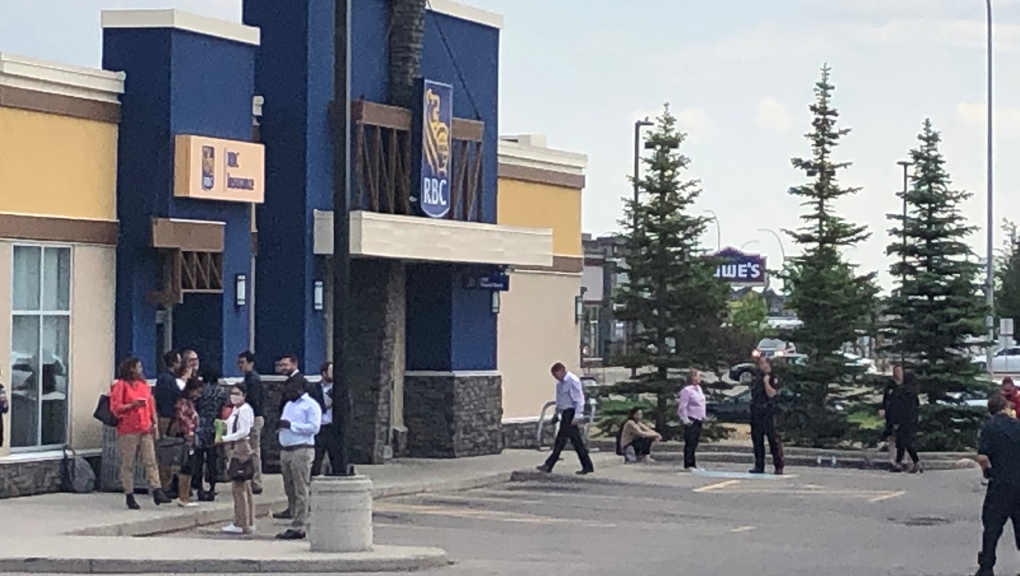 Fire, police and ambulance crews were called to an RBC branch on 130 Avenue S.E. at around 3:15 p.m.

Fire, police and ambulance crews were called to an RBC branch on 130 Avenue S.E. at around 3:15 p.m.

Employees and customers waited outside as firefighters in hazmat suits investigated.

Police told CTV News some white powder was found on some American cash that had come into the bank. Staff reported feeling dizzy after coming into contact with the money and one employee reportedly developed a rash on their arm.

The employee was taken to a walk-in clinic, where the doctor said they would be OK.

The employee's manager wanted a second opinion, so they took them to the South Health Campus.

EMS crews assessed two more employees and deemed them to be OK.

Calgary Fire analyzed the substance, surfaces and air quality and found it to be non-toxic.

Employees were allowed to return to work.

Serena Williams announces she will 'evolve away from tennis' after upcoming U.S. Open

Serena Williams has announced that she will 'evolve away from tennis' after this year's U.S. Open to focus on 'other things that are important to me.'