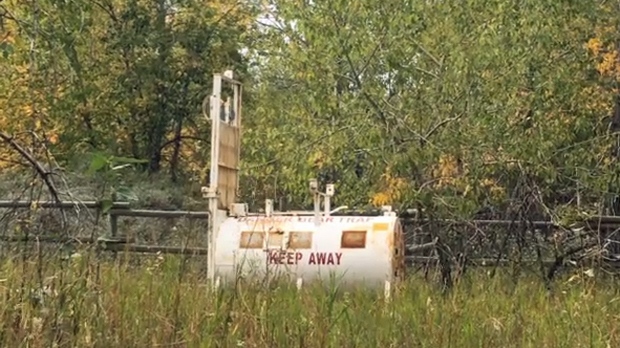 The recent pre-hibernation activities of a black bear that made its way into southwest Calgary has prompted trail closures and the placement of a bear trap.

A second sighting of a black bear was reported Monday evening near the intersection of 90 Avenue and 14 Street Southwest, a short distance from Glenmore Landing and a third sighting occurred Tuesday morning.

On Monday, Alberta Fish and Wildlife conservation officers stated that the bear had likely made its way to the west side of the reservoir, near the Weaselhead Flats. Officials said there was little cause for concern as the animal had shown no aggression and appeared to fear humans.

Fish and Wildlife officials confirm the trap was set in the area over concerns the bear could become habituated to garbage. Anyone who spots the bear is asked to call 1-800-642-3800.

Trail closure at Glenmore Reservoir as the search continues for the bear. #yyc #bearoutthere pic.twitter.com/fDSXfzB8jk