CALGARY -- June 10 is a big day of celebration for this Alberta family.

Their mom Elohor and dad Chinedu say there is no way they could have planned the kids' birthdays.

"I just look at it as blessing from God," said Chinedu, who hails from Nigeria. "It couldn’t have been planned even if you wanted to plan it so, for me, it is clearly something quite special and it makes me look at them as very special kids."

Elohor says Chizzy was the only one born on her due date in a Nigerian hospital. Denzel’s due date was May 19.

"Because I had him in the same hospital there was a doctor who came in and said, 'I’m sure this baby is going to come out June 10,'" said Elohor. "He wants to be with his sister."

The family thought it was fun having two children celebrating birthdays on the same day and wanted to make sure their third was something different. Elohor says she was planning on an August, September birthday for Zina but that didn’t work out.

"I said, 'No, that’s not going to happen," said Elohor. "There is no way, almost two months you’re going to come before the date."

But that’s exactly what happened at a Houston hospital. Zina was born two months early and weighed four kilograms (8.8 lbs).

"And everyone in the hospital, I think, I was celebrated that day," said Elohor. "We had nurses, we had doctors, everyone was like what are the odds – three kids."

The odds for a family with three children having a birthday on the same day work out to one in 133,000.

The kids say they don’t mind sharing their special day but know their parents' attention is divided between the three of them.

"Because when it’s your set birthday, it’s going to be 100 per cent you but when you’re split up into three it’s around 33 per cent," said Denzel. 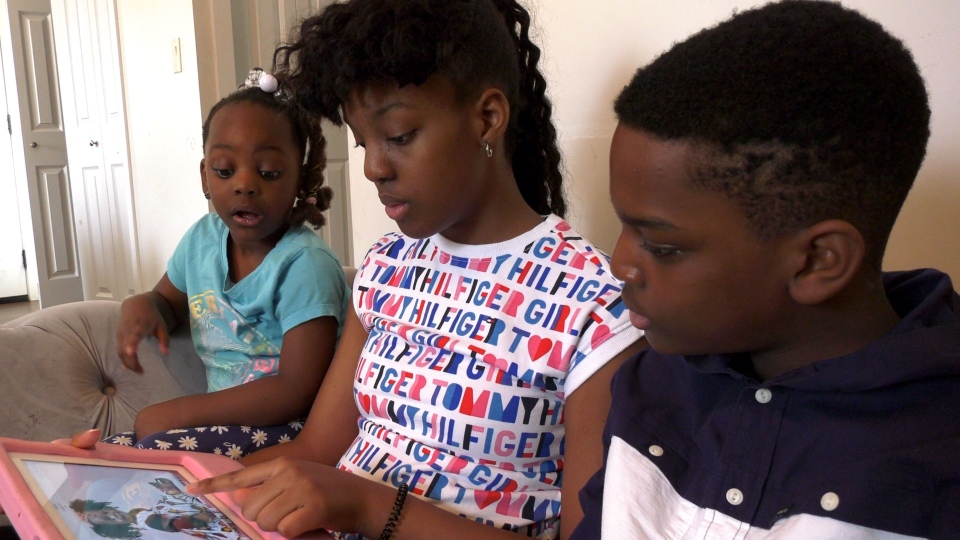 Chizzy says they like sharing except when it comes to their birthday cakes. She prefers vanilla-flavoured cake.

Elohor says her kids don’t grumble about having to celebrate their birthdays with their siblings and many people are interested in hearing about their story.

"I go somewhere and they ask, 'What’s something unique about you?'" said Elohor. "I say, 'Okay, something unique, what could that be? I don’t know – okay, maybe I have three kids that share the same birthday?' and everyone says, 'Really, tell us more!' People find it amazing and interesting."

Elohor was planning on having a drive-by birthday from the Calgary Fire Department but that program ended May 31. Instead, the kids' friends will drive by their decorated yard Wednesday evening.