The Brooks Bandits are having another fantastic season, running away from the competition in the South Division and their record of 40-2-1 tops the entire league.

Zach Bookman, 19-year-old defenceman, is also having an outstanding season with the team.

In 43 games, he scored 18 goals and added 65 assists for 83 points. That’s a franchise record for most goals in a season by a defenceman, surpassing the likes of Cale Makar.

And what's even more impressive, Bookman still has 17 games left in the regular season to add to his total.

Bookman says it's special because he looks up to the Colorado Avalanche defenceman.

"I mean it was surreal just to be mentioned with Cale," he said.

"Obviously he's the best defenceman in the NHL I think and just for me to be able to pass him with the organization it means everything to me."

Bookman was born in Syracuse, New York, and next year he's committed to playing at Merrimack College near Boston, Massachusetts.

Technically, Bookman is still a rookie in the AJHL because he only played seven games last year due to a COVID-shortened schedule.

"His ability offensively right now in the league is second to none," Papaioannou said.

"He's starting to do the things that remind you of Cale along the blueline and he's a guy that loves to watch hockey and I think he sees things that Cale does and tries to replicate when he can." 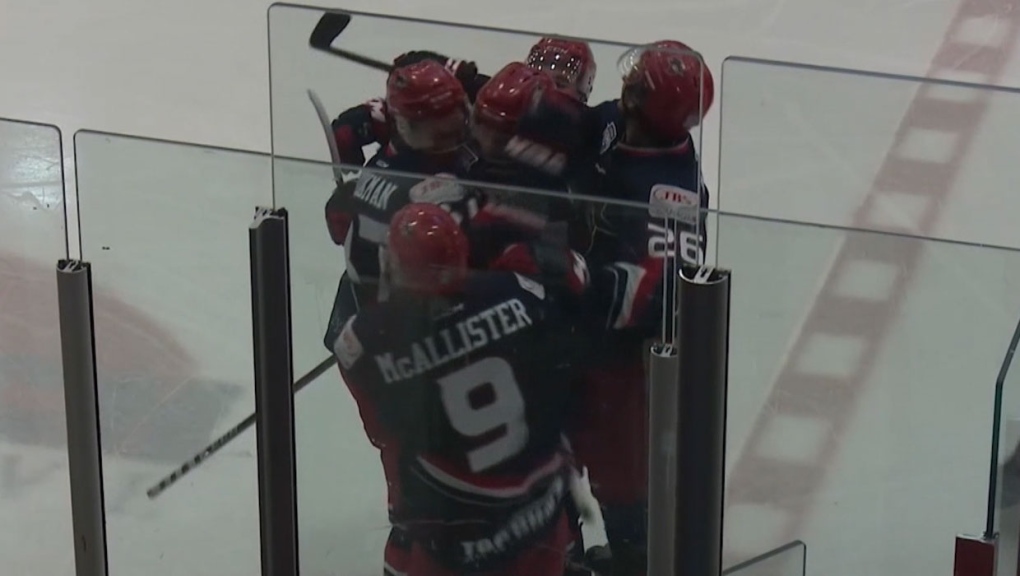 Another player who has been lighting it up for the Bandits is forward T.J. Hughes.

The 20-year-old has scored 45 goals in 43 games and will no doubt become the first Bandits player to reach the 50-goal plateau in a season.

Hughes says that would be a great accomplishment.

"Yeah it would mean so much obviously. It would be a great accomplishment but I'm not looking too much at it," Hughes said.

"I just care more about the winning as a team and stuff and other peoples success as well but it would mean a lot."

This season has been a breakthrough for Hughes. In his previous 65 games with the Bandits, he had scored just 17 goals.

Papaioannou says Hughes always had the skill to score goals but this season he's worked hard to get more gritty and go to the scoring areas.

"The rate that he's scored at is something we couldn't have predicted. I knew he'd have a fantastic season but seemingly you know everything he touches finds a way to hit the back of the net."

Hughes will also head to school next season, playing at Mercyhurst University in Erie, Pennsylvania.

Bookman and Hughes will look to add to their totals on Friday night when the Bandits travel to Drumheller to take on the Dragons.