A public toilet in Tomkins Park that costs the City of Calgary $50,000 per year to operate is closed for repairs, causing concerns for nearby business owners and residents now that the area has became a legal site to consume alcohol.

The self-cleaning toilet was installed in 2008 as an option for pedestrians and shoppers visiting the shops of Mount Royal Village. The total cost of construction for the city was $250,000.

The city has confirmed to CTV News that the washroom is damaged, saying parts to repair it have been ordered and it's expected to be fixed in the coming weeks.

Nearby business owner Robert Sweep says the toilet never should have been installed in the first place, complaining he's witnessed it being used for illicit activity many times.

"It attracts the homeless and the drug dealers and prostitutes and it’s an issue because we’re calling police all the time," Sweep said. "The public never uses it and nobody wants to go near that thing because it’s a toxic dump inside with all the needles."

"It’s just a waste of money so the city should just tear it down."

The toilet features an electronic sliding door, a stainless steel sensor-operated sink and self-flushes when someone washes their hands or opens the door to leave.  An alarm will also sound after 10 minutes if an occupant does not leave the toilet area. 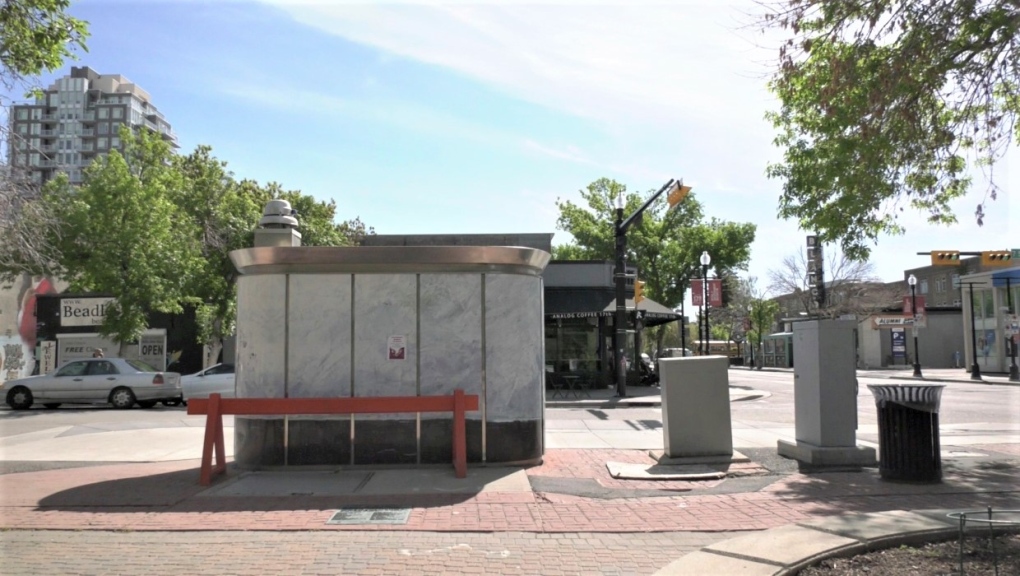 The City of Calgary's self-cleaning public toilet in Tomkins Park, installed in 2008. The city confirms it would cost some $5,000 annually to keep the facility closed.

There are no plans to decommission the toilet, according to the city, but that would cost $30,000.

People like Lily Rollins, who regularly visit the park, say the city either needs to make the facility more accessible or tear it down.

"I honestly just don’t understand why it’s closed all the time," she said. "So repairing it would be nice, but it costs a lot to have it there."

"Around this area, there’s a lot of drugs and crime, so that toilet is just an open invitation for people to do drugs." 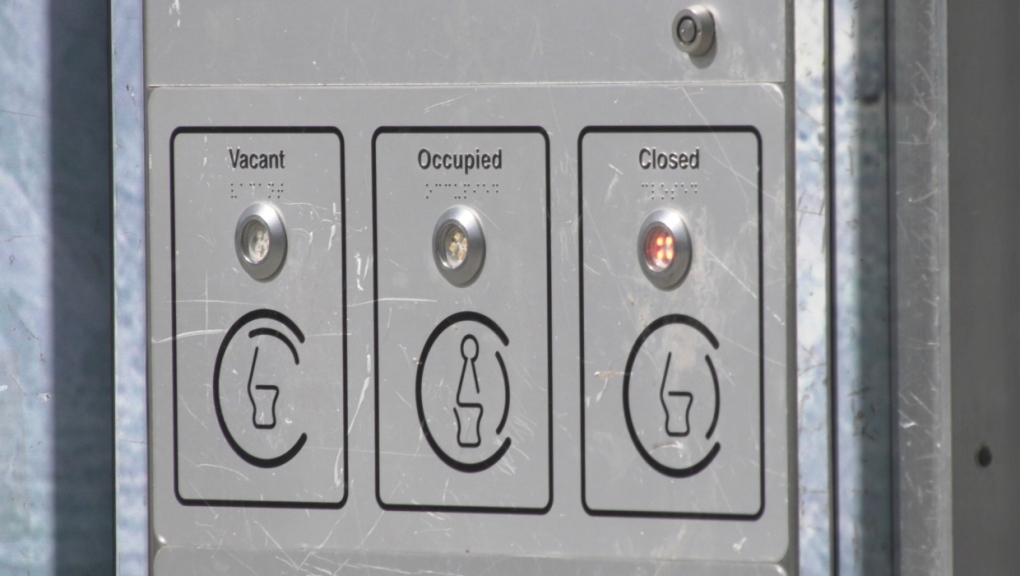 The City of Calgary's self-cleaning public toilet in Tomkins Park, installed in 2008. Cornelia Wiebe, who has owned Leo Boutique near Tomkins Park for the past 21 years, says while the pilot program for the public toilet was well intended, it’s being misused.

"As somebody who has traveled globally, public washrooms for the public are available in other cities across the world, and they're certainly well-used in ways that they're intended to," said Wiebe.

"So certainly, I think we could maybe work on some more action items in terms of, you know, educating the folks in the community that that public toilet is available right to the public."

Tomkins Park is one of six Calgary parks included in the city's alcohol in parks program, which lets Calgarians sip alcohol while playing Frisbee, enjoying a picnic or taking a stroll.

Wiebe says she feels that portable toilets are not the answer because they will detract from the area.

"Having a public washroom available to not just the residents, but park attendants and certainly folks that just spend some time on 17th Avenue. is really a win-win. If we can get that into the place that it needs to be for everyone."

Ward 8 City Councillor Courtney Walcott was contacted for an interview, but said he was not available for comment.

Testosterone promotes both aggression and 'cuddling' in gerbils, study finds

A recent study on rodents has found testosterone, despite being commonly associated with aggression, can also foster friendly behaviours in males.