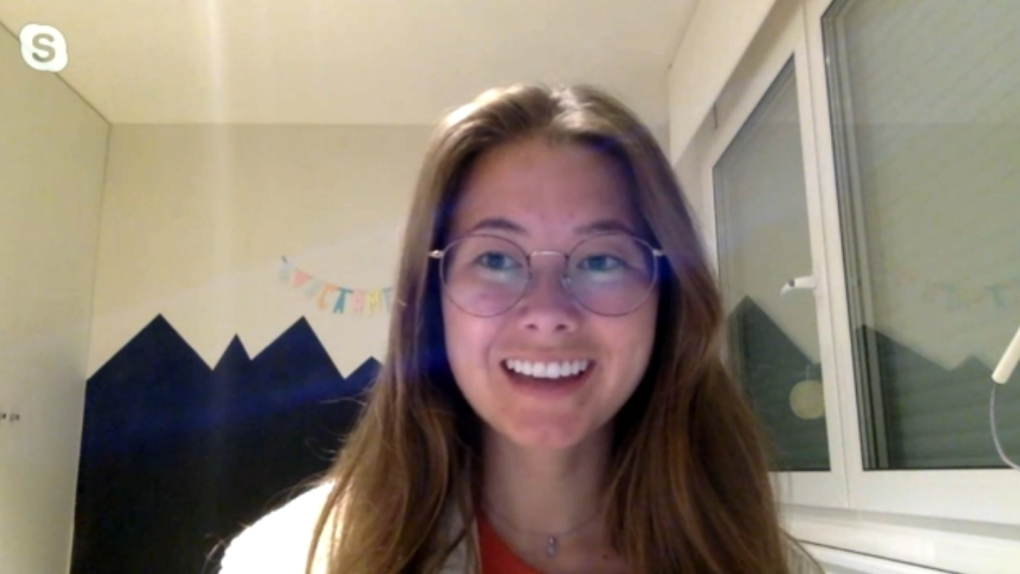 "I ended up going to the hospital, that was on Friday getting the test done there," said Lee.

"It was crazy here that in the blink of an eye things went from everyday life to suddenly people can't even leave their homes."

Lee moved to Barcelona in January, after graduating from the University of Calgary last June.

She is on a one year holiday working visa.

"I hadn't had any plans to come home, not at least for the next year but I know many people here that are Canadians that have gone back home."

Spain will be under a national lockdown as of Monday.

Residents will not be allowed to leave their homes. Air travel has been halted.

Lee who lives with several roommates has quarantined herself in her bedroom, not having any access to the kitchen or living area.

"I can't leave this room. Only to use the bathroom which is just outside my room," said Lee.

Lee must wear a mask and gloves before leaving her quarantined area.

"I'm eating out of a bag of food that is delivered to my door and I bring it in here and I eat it."

Peanut butter and bread is what she has been eating for the past week, with her roommates leaving her dinner outside her room, so she can eat.

Lee says she may go stir-crazy, knowing she has nine days left in isolation, with not much of an idea on how to pass the time.

She says the drastic measures Spain have taken should be imposed in Canada.

"It would not be over dramatic to close flights coming in I think," she said.

Prime Minister Justin Trudeau who is also in self-isolation, after his wife Sophie Grégoire Trudeau tested positive for the virus says all options are on the table, including mandatory isolation for all travellers and closing the borders.

"We are looking daily at next steps that we might take or we should take and those conversations continue," said Trudeau.

Lee has a message for all Canadian’s saying be ready, as things will get a lot worse.

"Going through daily life exactly the same way we were here and having them completely blindsided by something that will take out the entire country." she said.

"People out there who think they're going to be okay from this because they are young and healthy, not only is that irresponsible if you're not taking care, because you are going to pass it on to people who will be affected, but you’re also not invincible."

There have been 56 confirmed cases of COVID-19 in Alberta.