As people continue to return to in-person work at offices across Calgary, more and more employers are allowing staff to bring their pets with them.

Jordan Dobrescu is the production manager at Arbor, a data management company in Calgary, and brings her one-year-old golden doodle, Penny, to work every day.

"She’s one of us. We call her the Chief ‘Paw-sitivity’ Officer,” Dobrescu said. “I think it helps create a welcoming environment and helps people have fun. "Yes, it’s work, but we still want people to have fun while they are here."

While people might expect a dog in the office to create a distraction, Dobrescu says a pet-friendly environment has the opposite effect.

"I am just able to deep dive and focus on work more," she said. "I want to come to the office and I’m not constantly worried about Penny being at home alone. 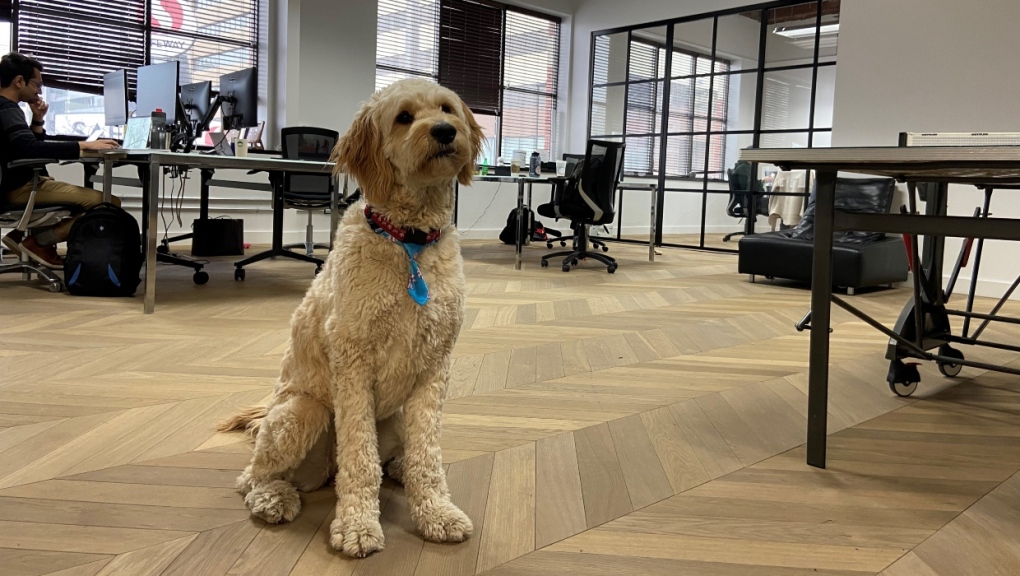 Jordan Dobrescu's dog Penny comes to work with her at Arbor, a data management company in Calgary.The pandemic saw a boom in pet ownership as people sought companionship during COVID-19 isolation.

According to a recent survey by Canadian market research company Léger commissioned by PetSafe, a majority of Canadians (51 per cent) believe that employers should consider making their workplaces pet-friendly.

In addition, almost three-quarters of respondents (73 per cent) said that having a dog or cat in the workplace lifts their mood and reduces stress. One third of people (33 per cent) even said they thought it increased productivity."Being home together for the whole day every day working side-by-side, I was really nervous about the idea of separating," said Crystal Phillips, who brings her 12-year-old dog Bear to work at Thin Air Labs in Calgary.

"I don’t know if he has worse anxiety or I do, but being able to bring him to the office settles all that." 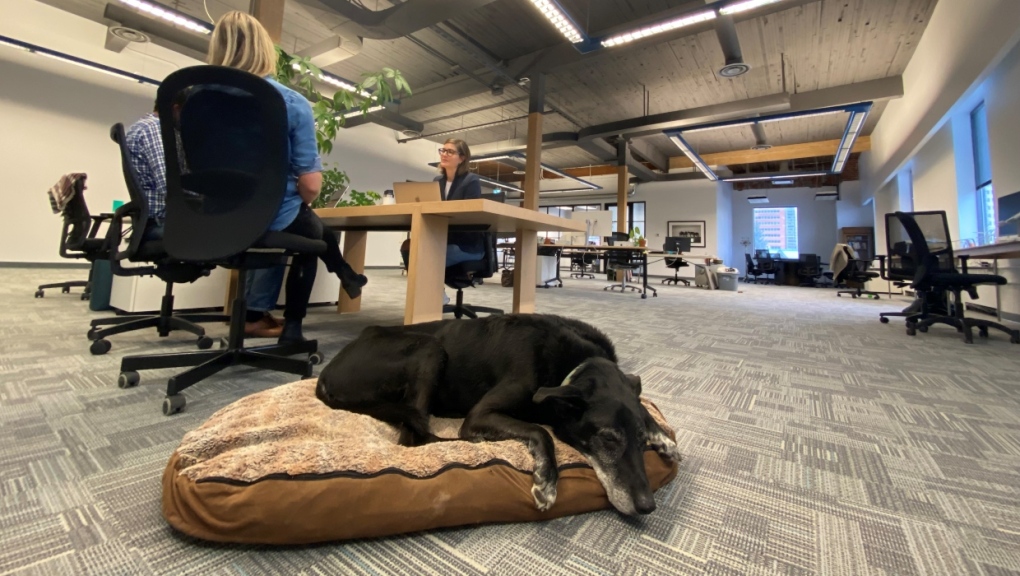 Crystal Phillips' dog Bear comes to work with her at Thin Air Labs in Calgary.Phillips says Bear spends most of the day lounging beside her desk and doesn’t bother her coworkers.

"You’ll see someone having a bad day or bad meeting and they’ll come over to the corner and pet Bear a few minutes, regroup and then get back to work," she says.

ATB Financial also recently announced at the end of April that four-legged family members are welcome at the office. Prior to the pandemic, the business offered doggy daycare at its Calgary campus.

The company cites benefits from allowing certain animals in the workplace, including easing the transition for both staff and their pets. 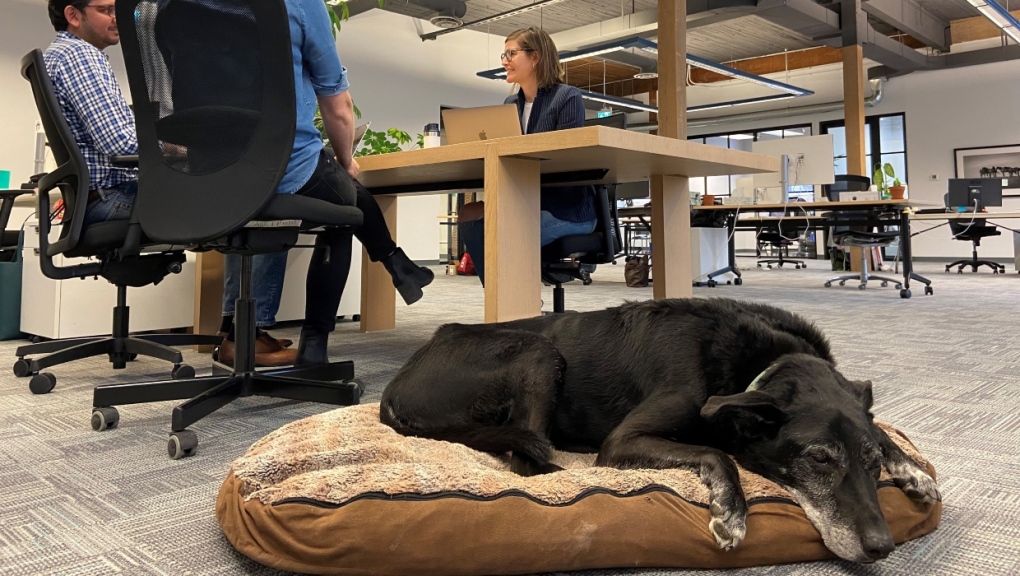 Crystal Phillips' dog Bear comes to work with her at Thin Air Labs in Calgary.

As many organizations create pet-friendly work environments, a professor of human resources at Mount Royal University says employers may want to consider creating a plan for staff who are bringing their four legged friends to work.

"I hate to sound too HR about this, but you are going to need a policy around this," said Christian Cook. "There is a few tactical things people have to consider before flinging open their door and saying 'all pets are welcome."

Cook says employers will want to consider what type of pets are allowed in the office, whether other staff have phobias or allergies, and the need to increase sanitization.

She also says while it is a unique way to entice people back to work, it shouldn’t be the only one.

"I think this is a neat and pretty innovative option. I do think you need to balance it with what else you’re doing with your employees. So, if you’re – for example – allowing people to bring pets to work but you don’t allow people to leave 30 minutes before standard hours to pick up their kids, that’s a really mixed message."