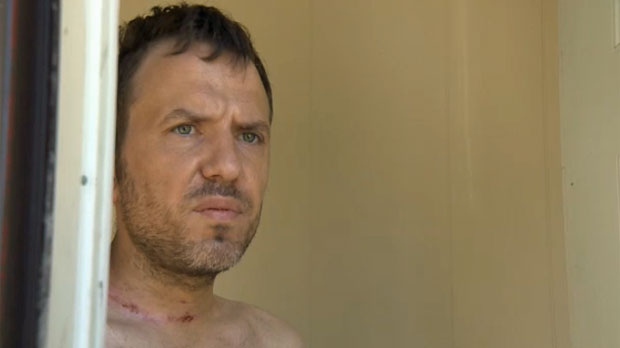 Police have issued an arrest warrant for Stelianos Psaroudakis, a Cochrane man charged with fraud and public mischief.

Cochrane RCMP have issued an arrest warrant for a man charged with fraud and public mischief in connection with a fake crowdfunding campaign that was set up to cover his medical bills.

Stelianos Psaroudakis, 37, was scheduled to appear in court on Tuesday for charges related to an incident in early July where he claimed he'd run into a piece of barbed wire strung across a trail near Bragg Creek while riding a mountain bike.

He said the incident left him with serious injuries to his neck and he opened a GoFundMe page to gather money for his recovery and to purchase motion sensor cameras on the trail to prevent similar situations.

Following an investigation, police found that while Psaroudakis' injuries were genuine, he'd received them in an entirely different way.

According to Inspector Lauren Weare of the Cochrane RCMP, Psaroudakis was injured after colliding with a barbed wire fence on private property on July 5.