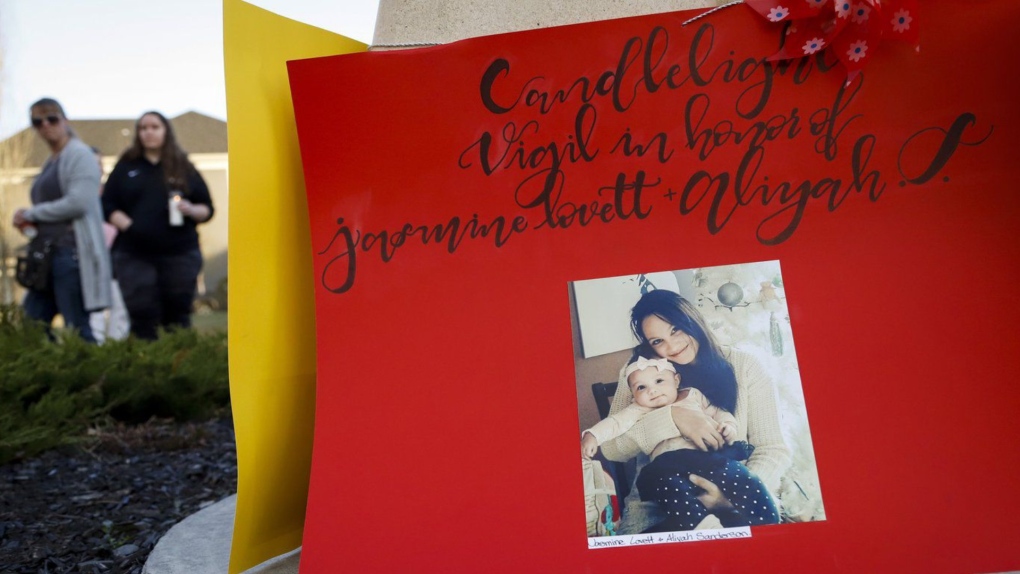 Mourners attend a candlelight vigil for Jasmine Lovett and Aliyah Sanderson in Calgary on May 12, 2019. THE CANADIAN PRESS/Jeff McIntosh

A man who killed a woman and her young daughter before burying them in a shallow grave near Calgary is appealing his sentence and conviction on a charge of second-degree murder.

Robert Leeming, who is 37, pleaded guilty to second-degree murder in the death of Jasmine Lovett.

However, he pleaded not guilty to the second-degree murder charge he faced in the death of 22-month-old Aliyah Sanderson.

He was convicted earlier this year of second-degree murder in the toddler's death.

The mother and daughter were found in the grave in Kananaskis Country, west of Calgary, in May 2019, after they had been missing for weeks.

A judge ruled earlier this month that Leeming must serve 22 years before he can apply for parole.

Balfour Der, who's Leeming's defence lawyer, said at the time that his client had the right to appeal the conviction in the murder of the child.

The Court of Appeal provided notice of the appeal late Friday, but no further details were released.