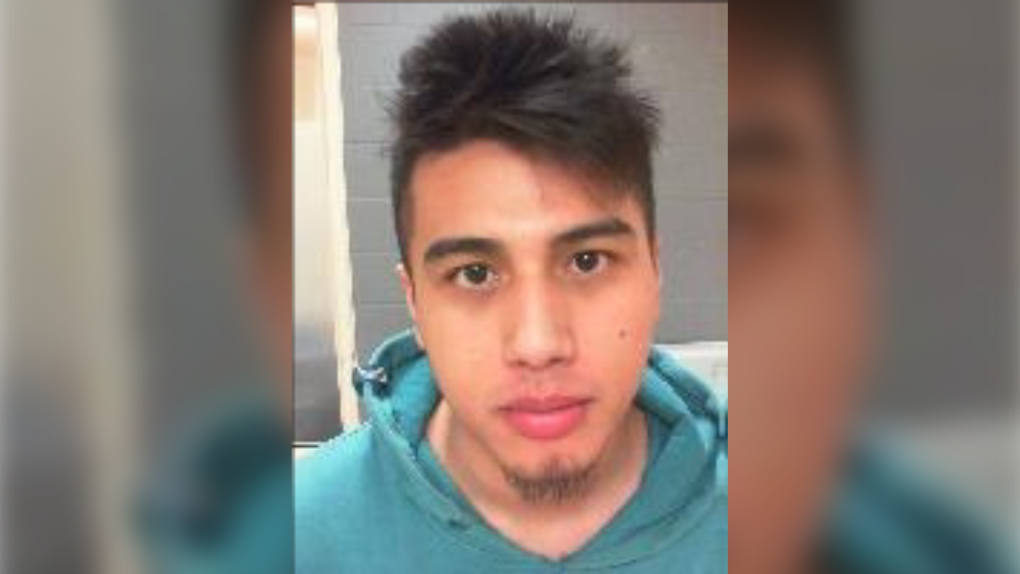 Calgary police are searching for Patrick William Cameron, who is wanted in connection with a number of 'warm up thefts' in the city.

CALGARY -- Police in Calgary are looking for the public's help in locating a suspect believed to be involved with a number of car thefts and say all of the vehicles targeted were being 'warmed up' by their owners.

Officials say members of the Calgary Police Service's Auto Theft Team observed three vehicles parked together that had all been stolen because they had been left running with the keys inside Tuesday.

Through the use of covert resources, police say they were able to arrest two people in connection with the thefts, but a third individual has so far evaded arrest.

Police say the offender, Patrick William Cameron, 25, of Calgary, is wanted on 24 warrants including possession of stolen property, failing to attend court, failing to comply with conditions and driving while prohibited.

Cameron is described as:

Officials say more charges are expected to laid against him as the investigation continues.

Anyone who knows anything about his whereabouts is asked to contact the Calgary Police Service by calling 403-266-1234. Tips can also be submitted anonymously through Crime Stoppers through any of the following methods: