CALGARY -- The staff at The Winston Golf Club raced against time, as water flooded their pro-shop, back shop and course on June 13.

After tens of thousands of dollars in damages to carts, inventory and the course as well as a two-day shutdown, the course was back to playing conditions.

"Golf course was pretty much half underwater, it looked like a lake out there," said assistant professional Carson Taylor.

Taylor says staff were busy pushing water out of the store, trying to save equipment. 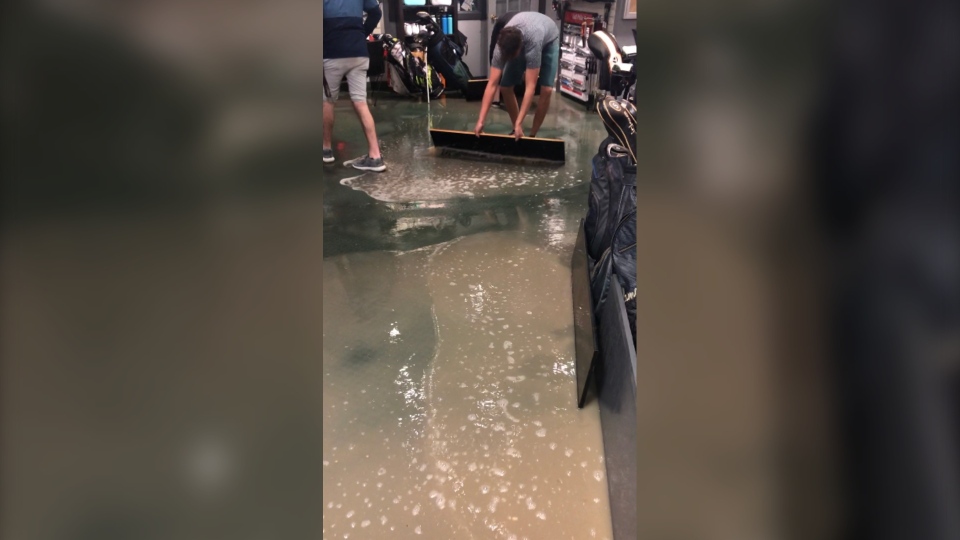 "Our back shop staff, those nights that it rained, didn’t think twice about getting in the knee deep water, saving members' clubs, saving any inventory they could," said Taylor.

"We had members jumping in, ruining their shoes; I saw members digging trenches out back."

Taylor says staff worked tirelessly to open the course on two days' notice in May after the province ruled golf courses could reopen to the public.

Heavy rainfall from Calgary storm on June 13 caused an estimated $1 billion in damage. Environment Canada says 54 mm of rain fell in that time.

Up until Saturday, 128.1 mm of rain had fallen this month in Calgary.

Heritage Park’s historical village has also been delayed a reopening due to COVID-19.

It reopened to the public on Saturday, when thunderstorms ripped through the city and more than 12 mm of rain fell.

"We would have loved to have been open on the May long weekend, let's be honest," said director of fund development Sarah Hughes. "Getting things right for the staff and our customers was more of an issue than the weather." 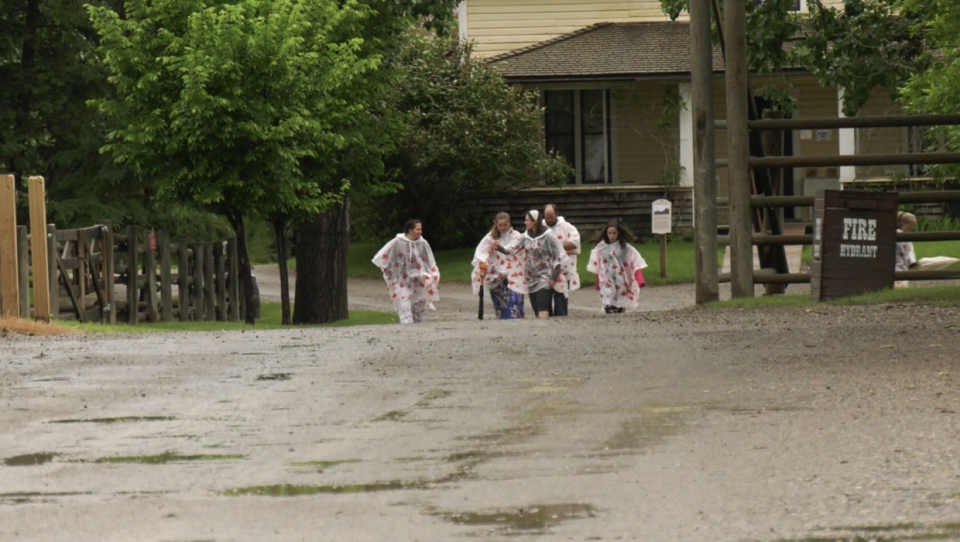 "We did a couple of tester days, that were not open to the public, where we used our own staff and family and friends to get them to walk the village," said Hughes.