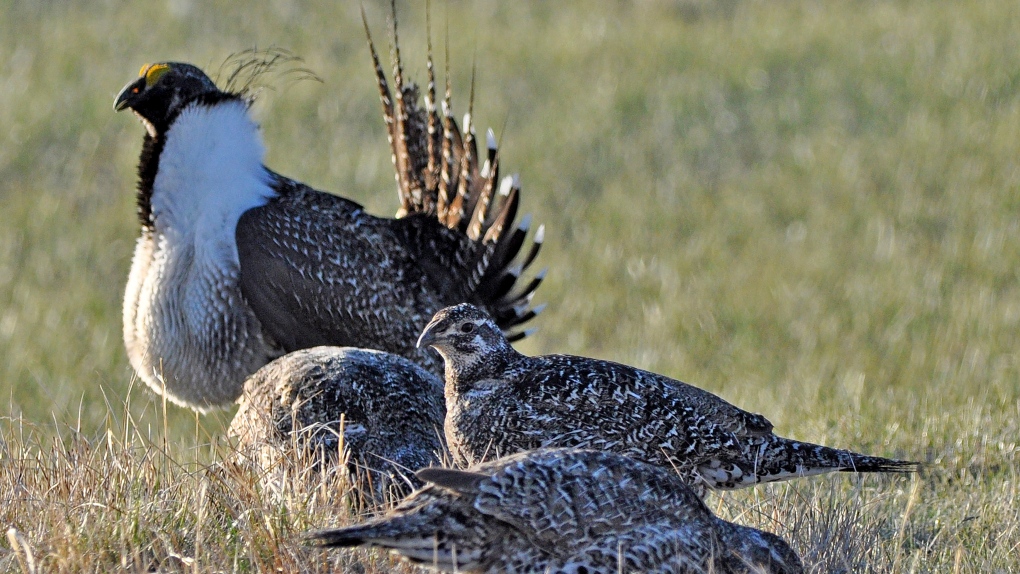 Calgary Zoo staff and volunteers arrived in Drumheller on Tuesday to begin harvesting sage that will help support a population of endangered birds that will be settled in the region.

The greater sage-grouse are part of the Wilder Institute/Calgary Zoo's reintroduction breeding program for the species.

Zoo staff had previously made the journey to Drumheller in 2019 to conduct an ecological harvest, taking clippings and trimmings throughout the Drumheller Valley.

"The silver sagebrush found in the Drumheller Valley is an optimal winter food source for the greater sage-grouse," Calgary Zoo habitat supervisor Ryan Neilson said in a press release from the Drumheller Resiliency and Flood Mitigation Office (DRMO).

Greater sage-grouse are the largest grouse species in North America, native to areas of southwestern Saskatchewan and Alberta, and are listed as an endangered species under the Species at Risk Act (SARA).

Wilder Institute is currently the only reintroduction breeding program for these birds in Canada and, as of February, 187 sage-grouse have been released into the wild through the program.

This year's harvest will be different from the ecological harvests in the past, as the zoo will have the opportunity to take the whole bush to prevent wasting any part of the plant. Through whole bush harvesting, the zoo may be able to transplant some of the harvested bushes to cultivate their own supply of silver sagebrush.

Indigenous groups were originally consulted at the beginning of the flood mitigation project, though not specifically on this aspect of the project. DRFMO adds it is open to working with Indigenous groups who may be interested in also harvesting sage.

At this time, it is unknown how much plant material the zoo will be able to harvest.

Newfoundland and Labrador is setting aside $30 million for residents affected by post-tropical storm Fiona.