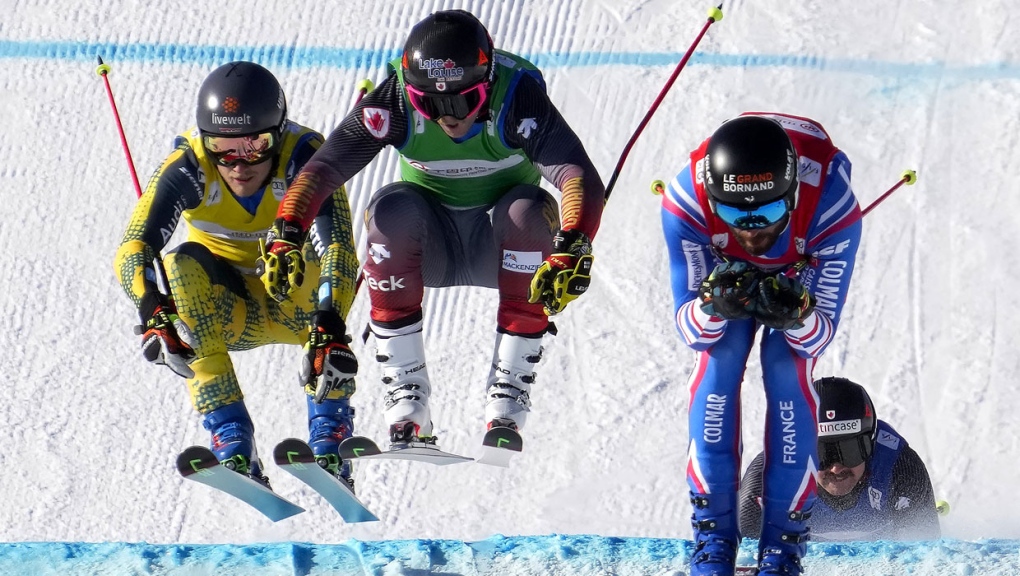 From left, Tim Hronek of Germany, Brady Leman of Canada, and Bastien Midol of France compete during the quarterfinal round in men's ski cross during the FIS Ski Cross World Cup, a test event for the 2022 Winter Olympics, at the Genting Resort Secret Garden in Zhangjiakou in northern China's Hebei Province, Saturday, Nov. 27, 2021. (AP Photo/Mark Schiefelbein)
TAIZICHENG, China -

“Super stoked to put down a great race, especially on the Olympic test course,” Leman said. “It's been cool to see all the infrastructure going into the Games, and it got the vibes going early in what was a big event. I'm stoked that I could step up.”

Leman is looking to stay healthy as he gears up for the 2022 Beijing Games. The Calgary native was involved in a nasty cycling accident in May 2020, and suffered a season-ending injury when he crashed out of a World Cup race in Bakurani, Georgia in February.

Phelan made her first competitive appearance since February 2020, when she suffered a knee injury at an event in Megeve, France.

“Fifth place really feels like a first place today,” said Phelan . “It's been almost two years since I've been in a World Cup start gate, it's been a long hard recovery, and so I couldn't be happier about today.”

This report by The Canadian Press was first published Nov. 27, 2021.