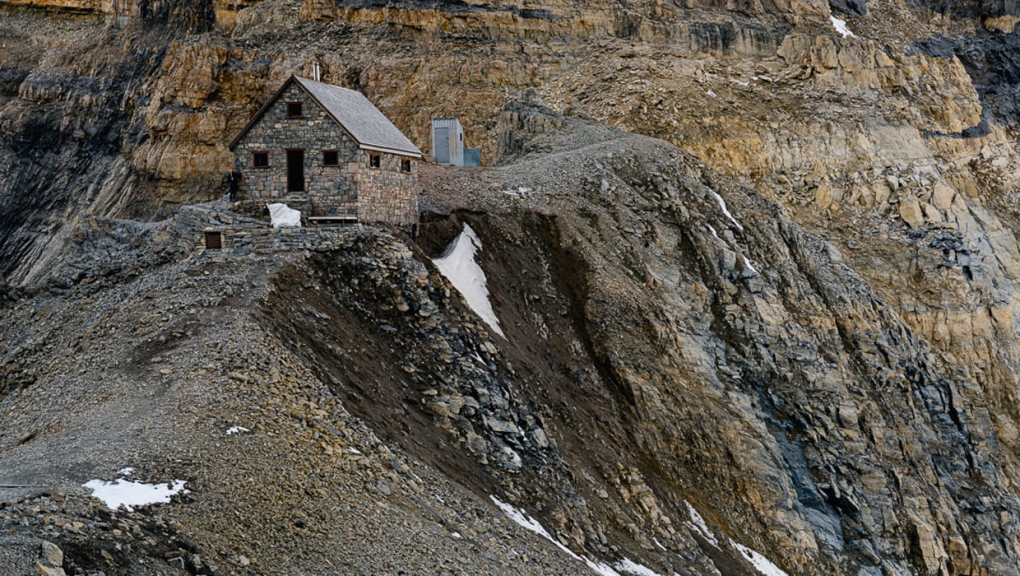 The Abbot Pass Refuge Cabin, which was built in 1922, will be dismantled this year because of a concern for public safety. (Supplied/Alpine Club of Canada)

A national historic site in Banff National Park that was built 100 years ago will be taken apart this spring because of climate change.

The Abbot Pass Refuge Cabin, constructed in 1922 by Swiss mountain guides, stood up against snowstorms and gale force winds, but officials say the slope below the structure is collapsing.

Parks Canada said in a release that as a result of the structural damage to the hut, it will be dismantled this spring out of a concern for public safety.

Officials blamed climate change for the need to remove the popular historic site.

"Parks Canada recognizes the importance of the Abbot Pass Hut to many Canadians, particularly those in the climbing and alpine community, and is saddened by the loss of this treasured alpine refuge due to the effects of climate change," the agency wrote in a release.

The hut's location on a steep slope, along with high temperatures in summer 2021, likely contributed to further erosion, deterioriating the rock and ice.

The Alpine Club of Canada, the organization that operated the hut for more than 35 years, said the decision was "difficult."

"We offer special thanks to our community and to everyone who has been a guest at the hut since 1985," the group wrote on Facebook.

"Parks Canada remains committed to conservation, and to taking action to better understand and mitigate the impacts of climate change on Canada’s natural and cultural heritage."

Parks Canada says it was first notified about issues involving the hut in 2016, when there were reports of rockfalls and significant erosion.

Work was conducted to study the slope and determine its stability and, in 2018, crews performed necessary stabilization operations, including the installation of rock anchors.

"Geotechnical assessments conducted in 2021 found higher levels of slope erosion and new evidence, including cracks in the masonry, that reveal the entire hut has been impacted," Parks Canada said.

"Unfortunately, the work also revealed that the hut itself would not be able to be transported or even deconstructed in "a way that would allow for the hut to be rebuilt, either at Abbot Pass or at another location."

That's primarily because the location is too unstable to perform such a task while maintaining the health and safety of Parks Canada crews, officials said.

The limestone used to build the hut is also very "likely to fracture if moved." 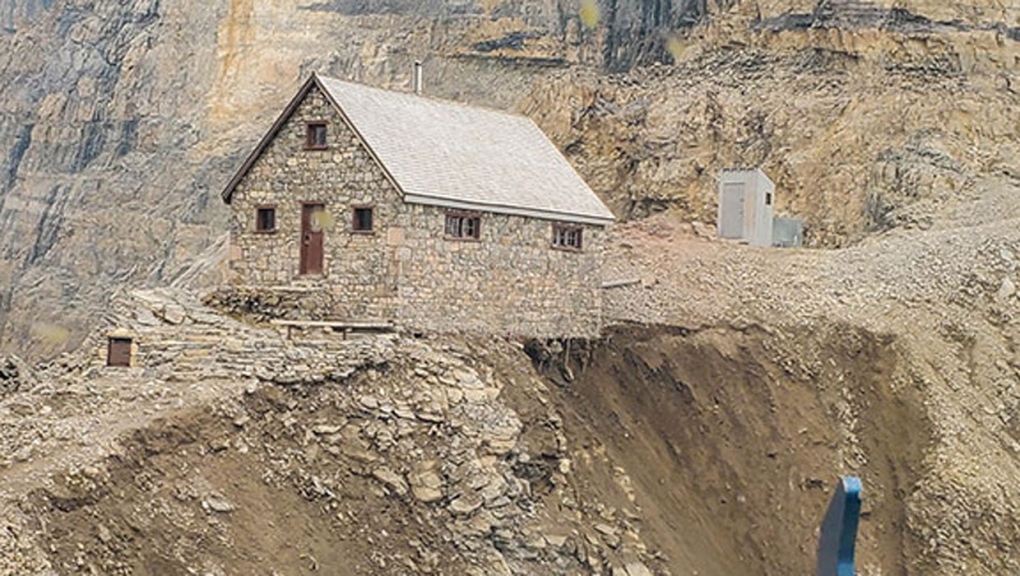 Work was conducted on the slope in 2018 in an attempt to prevent further erosion and damage to the national historic site. (Supplied/Parks Canada)

The hut, hand-built using materials that were locally-acquired and carried to the 2,925-metre (9,598-foot) pass either on horseback or on foot, has a significant historical importance, the agency said.

While the building itself cannot be saved, Parks Canada says work is underway to preserve its heritage for future generations.

"Consultations with Indigenous groups, the Alpine Club of Canada, stakeholders and the public are planned for 2022 to help identify options for continuing to commemorate the story of the Abbot Pass Hut and its importance to the history of architecture and mountaineering in Canada," officials said.

Parks Canada also says plans are underway to "salvage some material from the hut" for use in a potential future memorial.