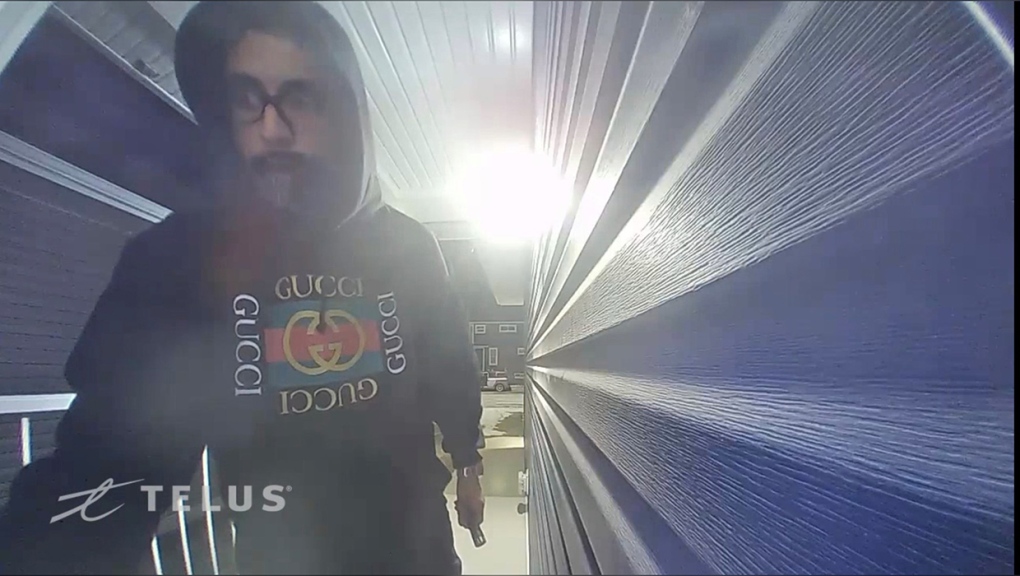 Cochrane RCMP are investigating an early Sunday morning break-in to a residence in the Rivercrest Boulevard area of Cochrane.

At around 4:15 a.m., a doorbell camera captured a man approaching the front door of a home, and gained entry into the main floor.

The suspect left with a family bag, keys to the victims' vehicles, personal items and RCMP police identification.

A second video overlooking the driveway shows two other suspects coming from a waiting SUV. The three suspects enter the victims' vehicles and flee.

Police determined that the residence was entered illegally.

The first suspect is described as a man between 167 cm  (5'6") and 177 cm (5'10"), weighing approximately  77 - 84 kg (170-185 lbs), with a fair complexion. He was last seen wearing a Gucci hoodie, a watch with a large circular face, dark, thick-framed glasses and black bandana covering the lower part of his face, white running shoes with black laces and blue jeans. 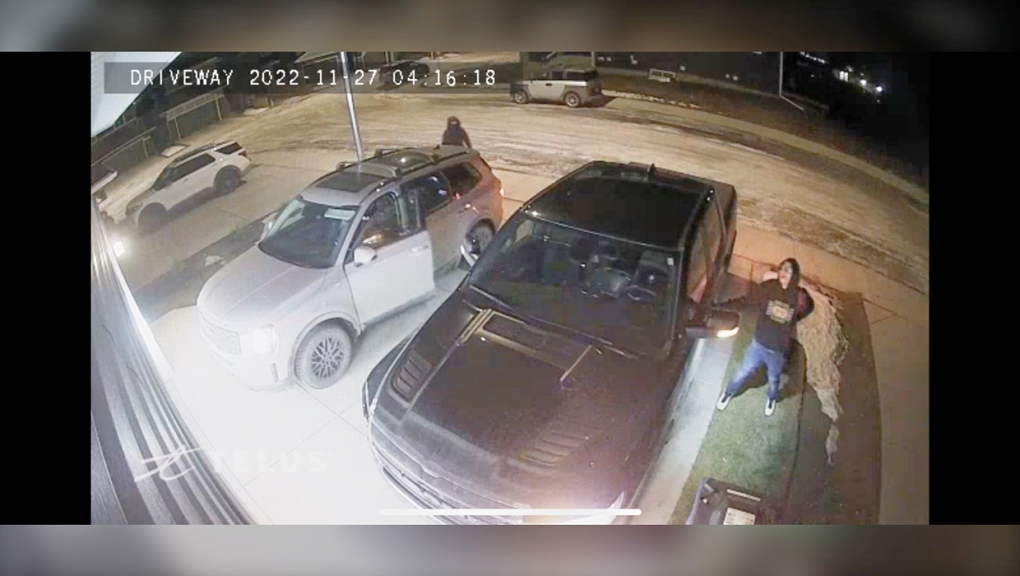 The suspects are alleged to have taken two vehicles

Cochrane RCMP have no reason to believe it was a targeted event or that the suspects knew police identification and badge were inside the residence.

Albertans are reminded that they can ask for identification from anyone who says they're a police officer and can also call police at 403-266-1234 to confirm an officer's identity.

Those wishing to remain anonymous can contact Crime Stoppers at 1-800-222-8477, online or by downloading the P3 Tips app available at Apple, or the Google play store.