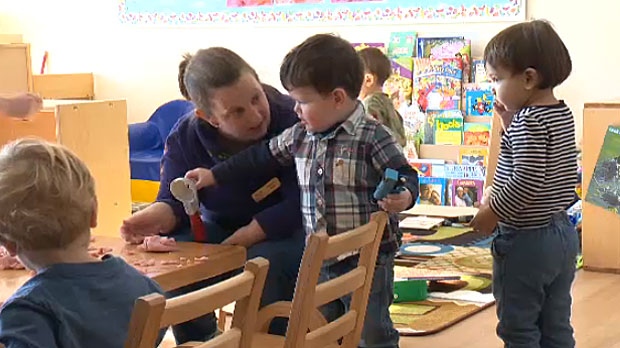 Documents acquired by CTV Calgary show that money that should have been spent on creating more day care spaces in Alberta have been going into general revenue since 2011. In fact, since that time no new day care spaces have been created at all.

Millions of dollars collected every year to help improve day care accessibility aren’t going to where they would help the issue, CTV Calgary has learned.

Every year, the Government of Alberta collects $26M for daycare and, until 2011, that money was going into a fund specifically focused towards creating more day care spaces.

However, that program has since been cancelled and now that money has been going into general revenue ever since.

Critics say it’s a huge issue, especially when so many Alberta communities need day care spaces. “It’s a huge crisis. We know in Edmonton, Calgary, and other cities there are long waiting lists to get into quality child care and we are deeply concerned that the province unilaterally cut off its space creation program up until 2011 even though the federal government gives the province close to $26M a year to create more child care spaces,” says Bill Moore-Kilgannon with Public Interest Alberta.

Human Services in Alberta says the budget for child care in the province is ten times the amount that is given by Ottawa, but that money is not used towards creating more day care spaces.

Per capita, total day care spaces have remained flat since 2011, the year the provincial government cancelled the program.