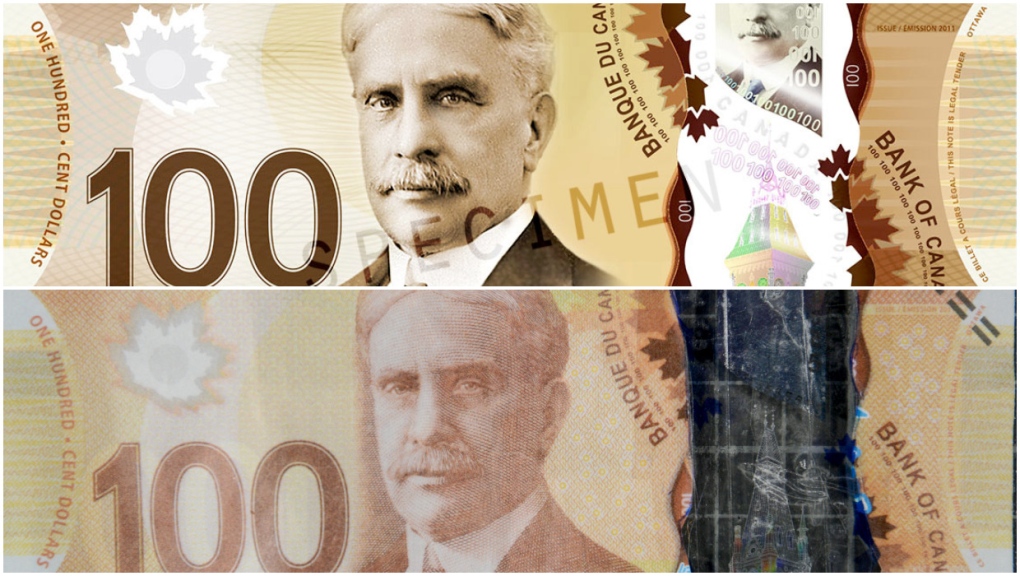 Businesses in Lethbridge are being advised to take a close look at any $100 bills being spent after dozens of counterfeits have been used in recent months.

Police say there has been an increase since July in the number of fake bills being passed in the southern Alberta city.

And some of the reproductions haven’t been all that good.

“Many include the holographic strip from lower denominations, primarily $5s, in place of the proper $100 strip,” police said in a release.

Counterfeit bills have been spent at convenience stores, big box stores, coffee shops and other businesses.

Some tips for merchants include: