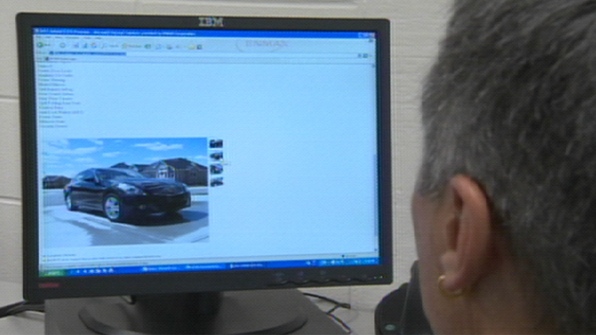 Ted Tarrant was scammed out of a car after the buyer sent him a fake bank draft.

Beware of fake bank drafts; they are not covered by your insurance.

Ted Tarrant listed his 2011 Infiniti G37X for sale on several websites. A man named Mike test drove the car and offered Tarrant $37,500 for it. Tarrant wanted to do the deal at his bank, but Mike said his job prevented him from meeting during business hours. He then offered to give Tarrant a CIBC bank draft, which is the same as cash.

When Tarrant tried to cash the bank draft at CIBC the next morning, he learned it was a fake. The buyer's driver's license that Mike had given for ID was also a fake.

Tarrant filed a theft claim with his insurance company, but it was denied since what happened to him doesn't qualify as a theft. Signing over the title to your vehicle is an act that excludes you from coverage for auto theft.

You can make sure this doesn't happen to you by only accepting cash in your hand or going to the bank with the buyer and having the money wired to your account before you sign over your title and hand over your keys.

A red flag is when the buyer makes excuses for why he or she can't meet you at a bank during the day.

Financial instruments designed to stand in the place of cash like bank drafts, certified cheques or money orders may be counterfeited or stolen.