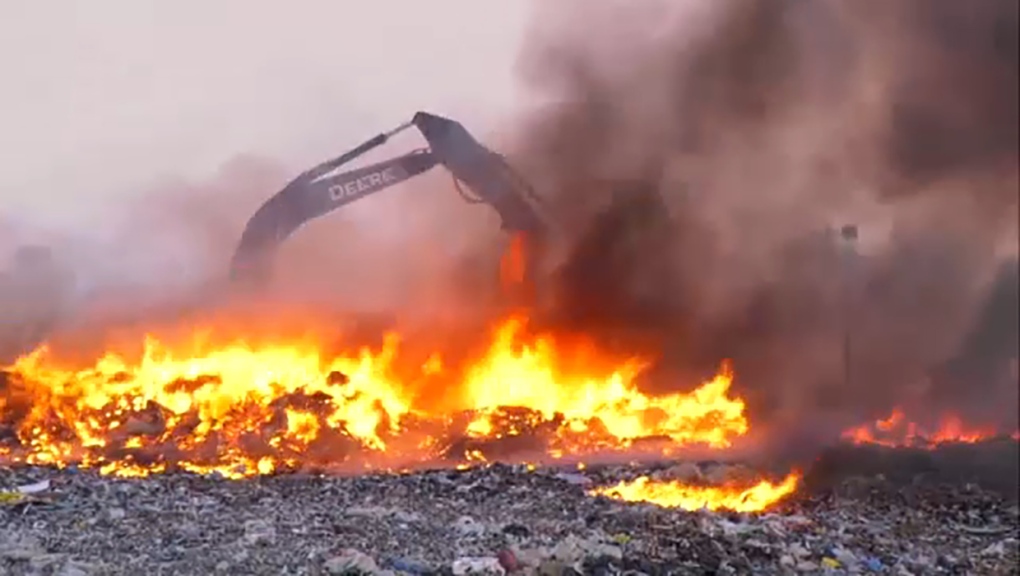 The CFD said it responded to the incident after receiving multiple calls about smoke in the vicinity from witnesses throughout the southeast community and on area roads.

Fire crews arrived to find staff on scene working to extinguish the blaze.

"A large bulldozer being utilized by landfill staff to extinguish the fire suffered a mechanical failure then was quickly overcome by the fire. The operator was able to exit the machine unharmed and retreated to safety," the CFD said in a release.

"The fire quickly grew in size and volume, and fire crews were forced to intervene with a remote water supply and hose streams."

Crews worked through the night with staff to contain the blaze to one pile of material, believed to be construction waste and dry fill.

It's not known how long fire crews will remain in the area, but officials advise the public to stay away for at least 24 hours.

The recycling facility has experienced several fires in the past.

The man accused in the stabbing attack on Salman Rushdie pleaded not guilty Saturday to attempted murder and assault charges in what a prosecutor called a 'preplanned' crime, as the renowned author of 'The Satanic Verses' remained hospitalized with serious injuries.

Canadian writers, publishers and literary figures doubled down on the right to freedom of thought and expression on Saturday, one day after an attack on award-winning author Salman Rushdie that left him hospitalized and on a ventilator.

Lightning has sparked more than 100 new wildfires in British Columbia since Wednesday, as thunderstorms rolled through the provincial Interior.