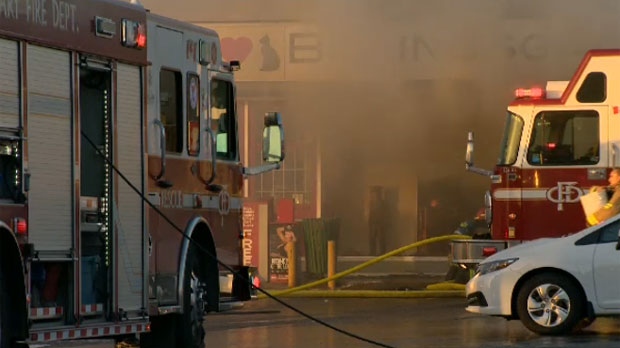 Management of one of the businesses destroyed by a 2015 fire at the Stadium Shopping Centre are thanking their supporters but confirm they will not be able to resume operations.

Following the November 12, 2015 fire, a groundswell of support for The Cat House resulted in a successful GoFundMe campaign that raised $25,000 to help reestablish the building in a new location.

The Cat House had opened in 1991 and was well-known for its handmade toys for cats.

On Sunday, Joanne Wegiel, a former manager of The Cat House, confirmed the business would not reopen. The donated cash The Cat House received will be split between several charities that assist animals.

“(We) sent out an email to all of the supporters who had donated and we had come up with the idea of sharing proceeds between the MEOW Foundation and the Cochrane Humane Society which are the two groups helping cats that we had been involved with over the years.

Jason Thomas of the MEOW Foundation says the donation is appreciated. “The cheque that was presented today will go for assisting in the renovations.”

The MEOW Foundation is attempting to raise $200,000 to complete renovations to its new building. The organization hopes to move in prior to August.