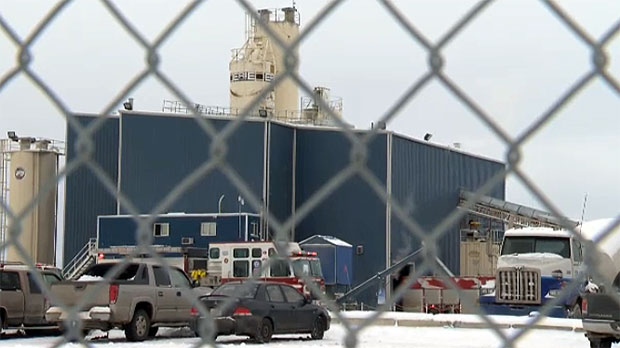 A man became trapped in an aggregate hopper at Inland Concrete in the city's northwest on Thursday morning.

Emergency crews had to work quickly to free a man who became trapped inside an aggregate hopper at a northwest business on Thursday morning.

“A worker here at the concrete plant had been partially submerged in gravel inside of a hopper, inside of a building here at the plant. On arrival, paramedics determined that a male in his late 20s had been covered, approximately up to his waist, in very, very cold, nearly frozen gravel,” said Stuart Brideaux, EMS Public Information Officer.

It took fire crews about two hours to free the man.

“There were concerns during the extrication of hypothermia, given the temperature of the aggregate that he was in and also the amount of pressure that his lower body may have been under inside the hopper,” said Brideaux.

EMS officials say crews had a difficult time gaining access to the man.

“He was actually about three or four stories up, inside where the hopper was, under very narrow, sort of, circumstances for all rescue workers to get to him,” said Brideaux.

The man was brought down to paramedics through a narrow stairwell by firefighters. He has been transported to Foothills Hospital in stable condition.

Occupational Health and Safety officials have been called in to investigate.