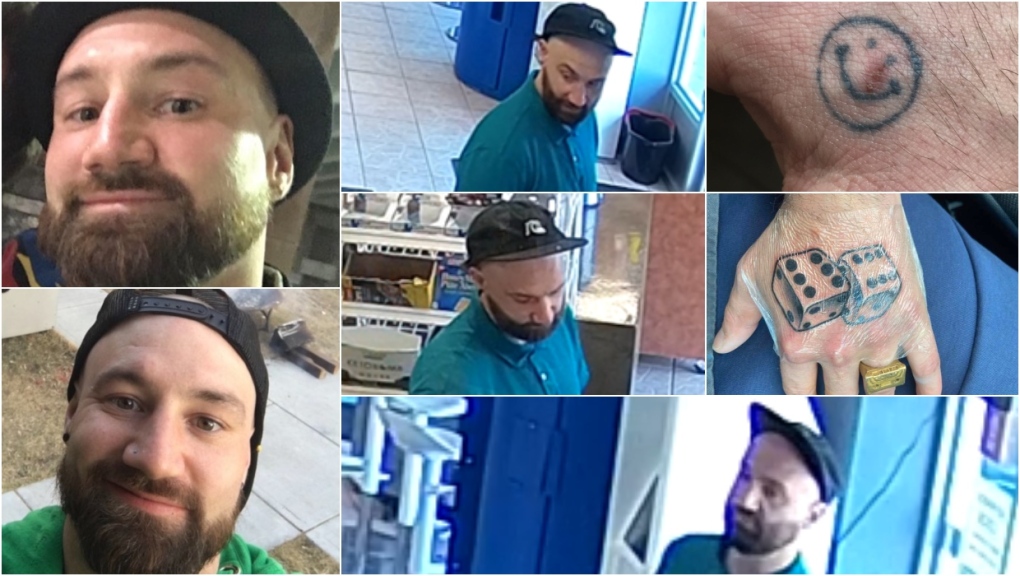 David-Alexandre Beliveau, 36, was last seen in the community of Shaganappi at around 4 p.m. Sept. 4, 2021. (Calgary Police Service handout photos)

The Calgary Police Service homicide unit and the brother of David-Alexandre Beliveau have issued a plea for information more than a year after he went missing.

Beliveau, a Montreal transplant, was last seen in the southwest Calgary neighbourhood of Shaganappi on Sept. 4, 2021 and was reported missing by worried members of his family later that month.

Investigators believe Beliveau, who was 36 years old at the time of his disappearance, may have been the victim of foul play.

Beliveau is described as:

Maxime Beliveau, the brother of the missing man, issued a video statement on Thursday in which he asked anyone who may have details regarding David-Alexandre's disappearance to come forward.

"We are in need for you, the public, to help us to find him," said Maxime Beliveau in his video plea recorded in Calgary. "He's been missing since the fourth of September and we are in need for anyone to tell us anything they think could be relevant and, even if they think it's not relevant, just tell us. Just call the police."

"I know there's a lot of friends in Montreal and in Calgary — he's (been) living in Calgary for six years. He's so generous, charming, putting sunshine everyone. The motivating guy that you want on your team. Please help us find that guy.

Anyone who may have information that could potentially assist the investigation is asked to contact the CPS non-emergency line at 403-266-1234 or anonymous tips may be submitted to Crime Stoppers.