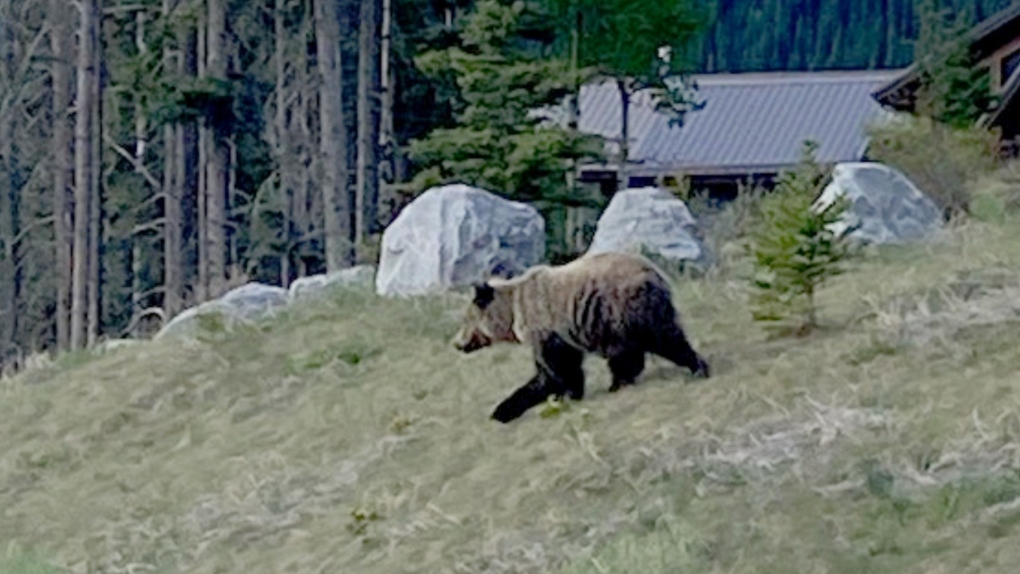 A grizzly bear wandered onto the soccer field at Our Lady of the Snows Catholic School in Canmore on Friday. (RCMP handout)

There were some tense moments for students and parents arriving at Our Lady of the Snows Catholic School in Canmore on Friday morning when a grizzly bear wandered onto the soccer field to munch on some dandelions.

Police were called in to steer the bear away, which took some time, said Staff Sgt. Ryan Singleton.

Officers used their sirens to try and scare the bear off but it was more interested in breakfast than the people nearby, he said.

"It was definitely choosing to eat rather than listening to us," he said.

Officers were eventually able to push the bear to an area behind the golf course to the south, "where it should be," said Singleton.

"This is normal (bear) activity for this time of year," he said.

The school was placed on lockdown for a short time as a precaution.

Fish and Wildlife officers also arrived on scene Friday morning and were patrolling the area after putting out signage to warn residents.

"There were a lot of people walking. The bear did not act aggressively but it was approaching vehicles," said Singleton.

Alberta Fish and Wildlife says most of Alberta is bear country and those headed into the backcountry should carry noise makers and bear spray. A number of bear safety tips were also offered, including:

British Columbia Premier David Eby says he's going into next week's health-care meeting between the premiers and prime minister with an open mind — and without a red line dollar ask for the federal government.