Heritage Park will showcase a part of Calgary history in greater depth than ever before with its new exhibition We Were Here: Stories from Early Chinatown.

The exhibit, which opens next Saturday, combines storytelling with a treasure trove of artifacts, photographs, clothing and other items that help to tell the story of a community that's been a part of Calgary for as long as there's been a Calgary, says Kesia Kvill, chief curator of Heritage Park.

"It originally was put on by Lougheed House," said Kvill, "and they've graciously loaned it to us and we've taken it and made it bigger, and added more history, more artifacts to it than in its initial iteration.

"We've also taken the core of the exhibit, which has Chinatown in Calgary as well as some stories that were created by local Chinese-Canadian authors and that was done because we have not really great records and the stories of the people who lived in early Chinatowns in Calgary." 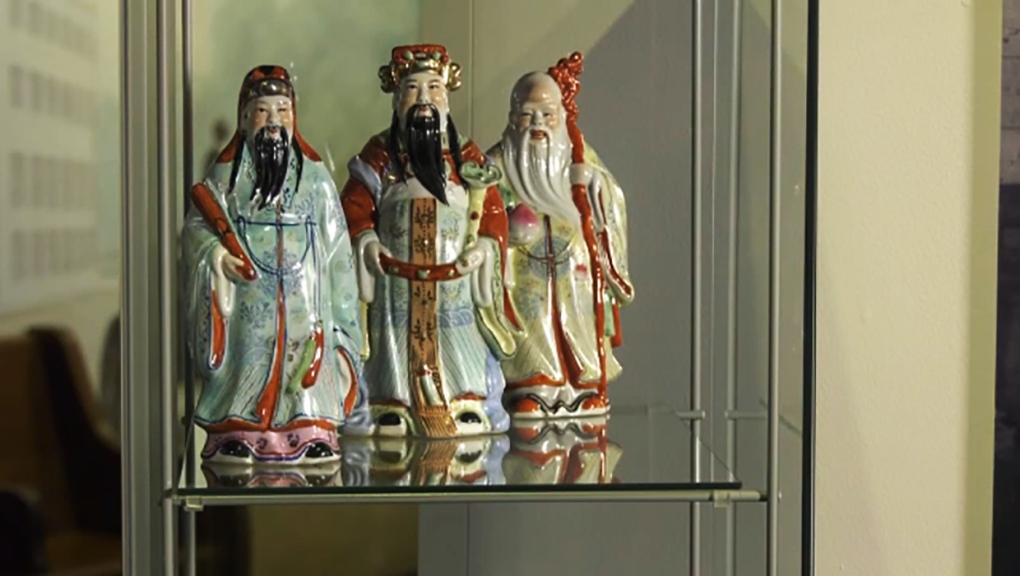 We Were Here: Stories from Chinatown

"They took imagination," she said, "as well as historical fact, combined them together and created some really great stories."

Kvill said the story is not only important to Calgary's Chinese community, but also to Heritage Park.

"It's important to us that we start to diversify the stories that are told at Heritage Park," she said. "We have told the stories of Chinatown, but haven't spent much time really diving in and interpreting it in a way, so this offers a connection with the Chinese community, as well as a history of our city and it broadens out into western Canada."

There's also a Heritage Park podcast available called Stories From The Park that contains more information about the exhibit and the history of Canada's Chinese population.

We Were Here: Stories from Early Chinatownopens Saturday Jan. 14 and runs through the end of April. It will be in Gasoline Alley.

We’re excited to announce our new exhibit, We Were Here: Stories from Early Chinatown! Learn about Chinese history on the prairies and explore 2 iterations of Chinatown in Calgary
The exhibit opens in Gasoline Alley on Jan 14! To get tickets, visit https://t.co/CnrHM1S2GQ pic.twitter.com/fRlTXw9DNQ