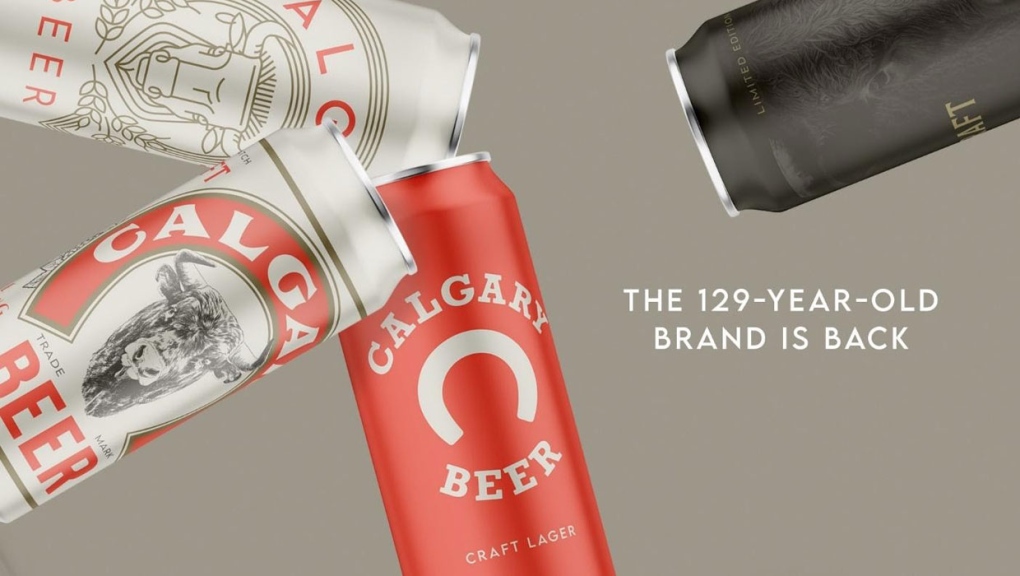 The Calgary Craft Lager will be produced by the Village Brewery later this year. (Supplied)
CALGARY -

Calgary’s Village Brewery has brought back a historic beer as a modern craft lager.

The traditional Calgary Export Lager, originally brewed more than 120 years ago by the Calgary Brewing & Malting Company, is back.

“It’s pretty exciting for me,” says Jeremy McLaughlin, head brewer at Village Brewery. “This is such a huge brand in Calgary’s history.”

The age-old brew will have a new name. Village is calling it the Calgary Beer Craft Lager.

“We decided to go with something more contemporary and a craft lager is what we stuck with.”

It’s also going to have a bit of a different taste. The new version of the Calgary beer is a lightly-hopped lager with a special spin from Village Brewery to satisfy modern taste buds.

“We’ve used Alberta-grown barley from Rahr. We’ve used a ton of hops that have gone through hybridization programs that has made them more modernized,” McLaughlin says. “And then we’ve used a special kind of yeast from a Norwegian family.

“It’s special to us because we were given a really awesome opportunity to modernize the label and the recipe for our more modern craft drinkers.”

The beer will feature four unique can designs and every four-pack includes one that pays homage to the historic Calgary Brewing & Malting Company.

The four designs featured are:

The designs reflect how the Calgary beer label has evolved over time.

“We wanted to make sure it had some imagery that showed a progression,” said Jackson Stuart, marketing manager at Village Brewery.

Village made the official announcement on July 5 after years of working in collaboration with Molson Coors – the company that owns the Calgary beer label.

Molson Coors first acquired the label in 1989, when it purchased the Calgary Brewing & Malting Company.

“We actually just approached them and asked if they would be interested in it and they were really receptive.” Stuart says.

“It’s a conversation we’ve been excited about having for a while just because of what the brand represents to Calgary and to beer history in the city. It was a couple years in the making just to ensure we were doing it properly, and we brought it back in a really fun and exciting way.”

The Calgary Brewing & Malting Company was the first brewery to operate in Alberta. It was owned by A.E. Cross, an industrialist, rancher and one of the Big Four who founded the Calgary Stampede in 1912.

Cross established the company in 1896, in what was then the Northwest Territories, four years after Canada ended its first period of prohibition. The first batch of its Calgary Export Lager was bottled a few months later.

The Calgary Beer Craft Lager can be purchased at Village Brewery or from their online store. It is expected to hit shelves at other retailers in the near future.

Craft beer enthusiasts are encouraged to pick up the iconic beer while it lasts,” Stuart says.

“It is a limited-edition beer. Once it’s gone, it’s gone.”