If it's the May long weekend, two things are pretty much guaranteed in Alberta.

One, campers will be filling highways and flocking to parks around the province.

Two, the weather will stink.

In Bow Valley Provincial Park Friday, both were true – and the lousy weather did not seem to diminish anyone's excitement at the prospect of spending a few days outdoors.

It's never one of the warmest weekends of the year, but it's still one of the busiest.

"We always prepare and always plan for snow," said camper Jordan Bewernick, who said his family goes camping over the May long weekend every year, no matter what the forecast looks like.

"This is something we've been doing for 15 years," he said.

Even his kids love it outdoors.

"I like sitting by the fire roasting marshmallows," said Wesley Bewernick.

Those sentiments were shared by family friend Maya Castonguay.

"I'm excited because all my friends are here and I just like to play with them," Castonguay said.

"I just like listening to the peace," said Georgia Bewernick.

A Parks Canada spokesperson said they're expecting a busy season ahead.

"Early indications on our reservation systems and talking to our hospitality partners, it does seem to indicate that we'll see a rebound in visitation this summer," said Jed Cochrane, who added that while the forecast looks reasonable for the weekend, "there's still lots of snow, especially up high."

"You just assume it's going to be awful," he said. "You gotta dress right."

Milne and his buddy Rick Rampaul were at the park ahead of their families, setting up campers before everyone arrived.

"Seven or eight years since I got my camper, we've been coming out," said Milne. "(And) our families come out later."

The one potential fly in the frying pan?

That would be how to watch the Battle of Alberta sitting in a campground. 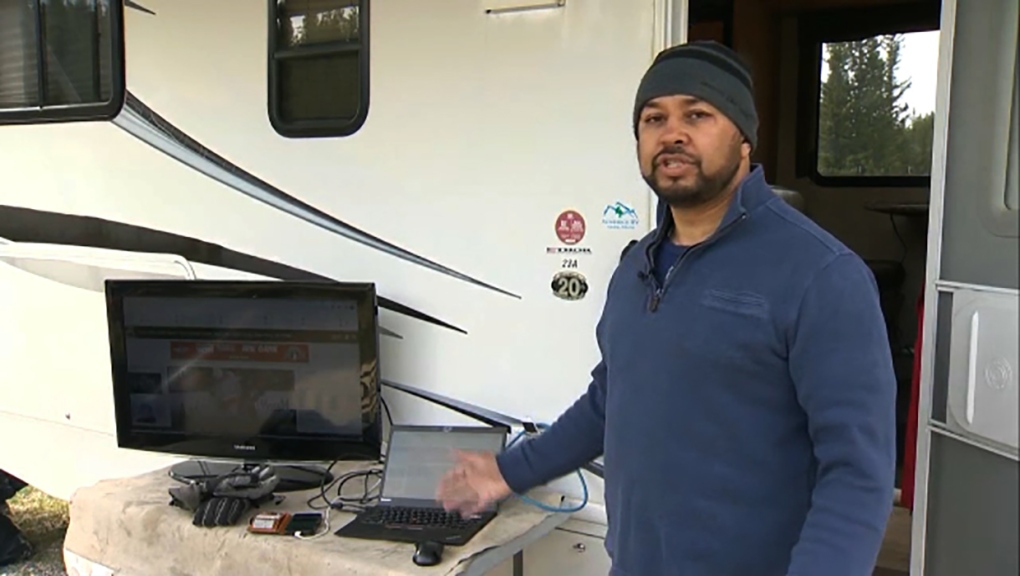 "The playoffs are always May long weekend," Rampaul said, before revealing his camping hack. "My son Joshua is 15-years-old. He came up with the idea of hot spotting the laptop into the TV set, which was just genius."

"The playoffs are always May long weekend," Rampaul said, before revealing his camping hack. "My son Joshua is 15 years old. He came up with the idea of hot spotting the laptop into the TV set, which was just genius."

Leading economic powers conferred by video link with Ukrainian President Volodymyr Zelenskyy on Monday as they underscored their commitment to Ukraine for the long haul with plans to pursue a price cap on Russian oil, raise tariffs on Russian goods and impose other new sanctions.

After years of playoff disappointments, the Colorado Avalanche are back atop hockey's mountain with a 2-1 Game 6 win against the two-time defending Stanley Cup champions Tampa Bay Lightning.

With a speech about his own inspirational dream for the Black community, Sean 'Diddy' Combs channelled the spirit of the Rev. Martin Luther King Jr. while accepting the BET Awards' highest honour Sunday night.

Behind prison walls, National Indigenous People's Day was celebrated this month, with inmates at a Manitoba federal prison granted access to music, drumming and sharing circles — positive steps forward to reconnect Indigenous inmates with their culture and rehabilitate a group that is incarcerated at a disproportionate rate.

Hundreds of thousands of people lined the streets of downtown Toronto on Sunday as the city's Pride parade returned for the first time in two years.

A Dalhousie University team of scientists — in a joint venture with a company called Planetary Technologies — is now in the next phase of their research to use the power of the ocean to one day reduce the world’s carbon levels.