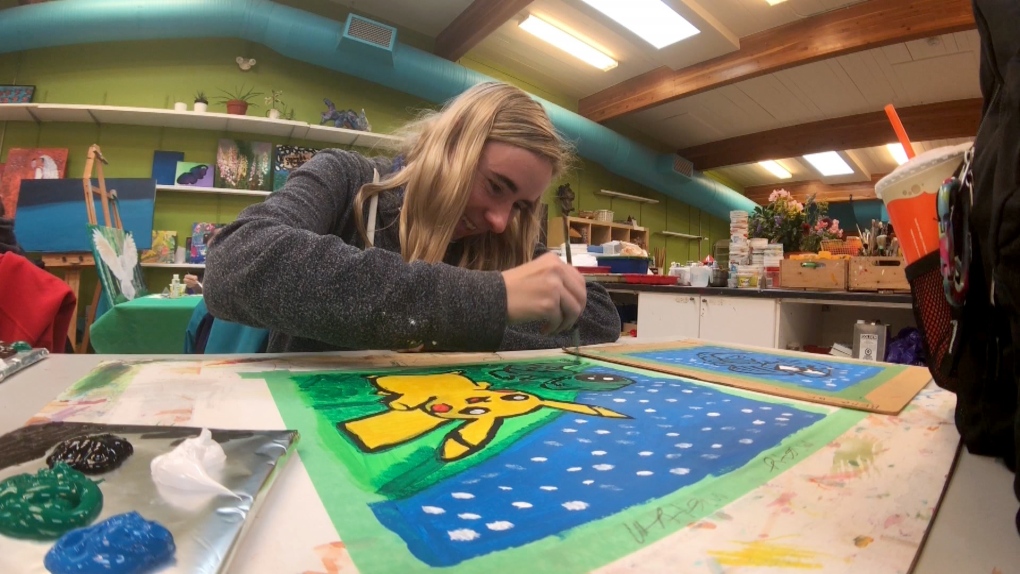 CALGARY -- Calgary’s Indefinite Arts Centre says Feb. 27 could be a very big day for the organization.

The provincial budget drops that day and the centre is hopeful they will receive $7.5 million from the province, spread out over three years.

The centre offers programs to people living with disabilities.

Their current home is in a building built in 1961 — that was attached to the old Fairview Arena. Its roof collapsed in February 2018 and was subsequently demolished.

“That collapse has allowed us to think bigger about what our home should look like,” said CEO Jung-Suk Ryu.

Plans are in place to build a $21.5-million project that would include three buildings, accessible for all, where the current facility sits.

“For the most part it's going to be a completely brand new build,” said Ryu.

“There’s going to be an expanded visual arts space, because we have a wait list of over 100 artists trying to get into our program.”

Indefinite Arts currently serves more than 300 artists living with disabilities and the wait list of more than 100 is about two years.

The city has previously said it will not be rebuilding the arena, and was brainstorming how to transform the space.

"On very valuable, publicly owned land, we are no longer going to do one thing," said Ward 9 Coun. Gian Carlo Carra.

Carra added there are no concrete plans for the area.

"I think in the short term, it's green space proposition. As things like Indefinite Arts and stuff starts to happen there, maybe we do housing over more art space, maybe we do seniors housing, as we want this to become a hub for community."

According to Ryu, there are many problems with the current facility, as water pools in different areas, the roof is slanted and there are a number of cracks in the walls.

Ryu adds that if they receive funding from the province, they would look for a matching $7.5 million from Ottawa, and then have to raise $6.5 million over three years through the community.

“It's a busy place day-to-day and we definitely have a need right now, we’re bursting at our seams," he said.

If construction begins this year, the organization plans to finish by 2023.

“Today we’re about six to eight months from being able to break ground," said Ryu.

"But there are a number of pieces that are outstanding."