CALGARY -- Nordic Combined has a rich tradition. It was one of the original sports of the Winter Olympics in 1924.

It’s a sport that combines ski jumping and cross-country skiing.

Nathaniel Mah of Calgary says he knew from the time he was three that he wanted to try out the ski jumping part.

“We live just up the hill from here. So driving by one day I pretty much looked out the window and told my mom that those were the biggest jumps that I could see," Mah said, in an interview with CTV News. "That’s what I wanted to go off of.”

Of course he was talking about the ski jump at Canada Olympic Park. Mah  also loved skiing so when he was six, he started an 18 year journey competing in Nordic Combined.

The 24-year-old has competed on the world and continental circuits since 2011. He was the last man standing on the men’s national team.

He says it’s just too hard to make a go of it, but Mah remembers the good times just the same.

“There was a point where we had a full four national team members and being in that training group was really awesome,” he said. 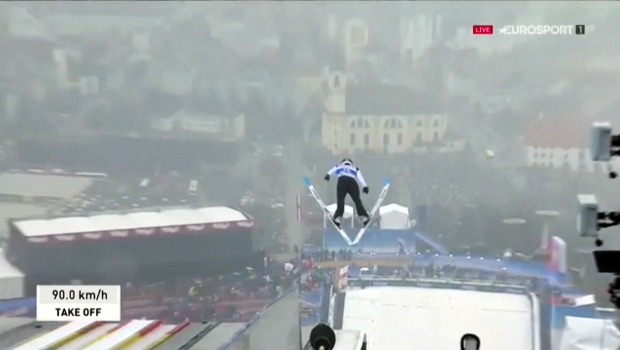 “But when you see these big cuts, loss of coaches and even venues shutting down, it’s hard to ask teammates to keep going. You can’t just say hey let’s go spend six months in Europe and not have money and no coaching and no support.”

Mah came to the conclusion he couldn’t make it either. Mah is concerned about the future of the sport in Canada and so is his dad.

Andy Mah is the chairman of Nordic Combined Ski Canada. He says that  with very little funding and venues closing down the future of the sport doesn’t look good.

“We’ll keep driving at it but you know I hope we don’t lose an Olympic sport, Nordic Combined, here in the next six to 12 months.”

Nathaniel Mah kept the Canadian flag waving for as long as he could in Nordic Combined. He was the last man standing in the sport and he says it may be a long time before we see another national team member.

“Realistically we won’t have any Nordic Combined athletes on the top level for the next decade I would say.”

There are junior athletes that are still competing in the sport. But without more funding and without more facilities, both Mahs say it will be difficult for them to reach for the top.