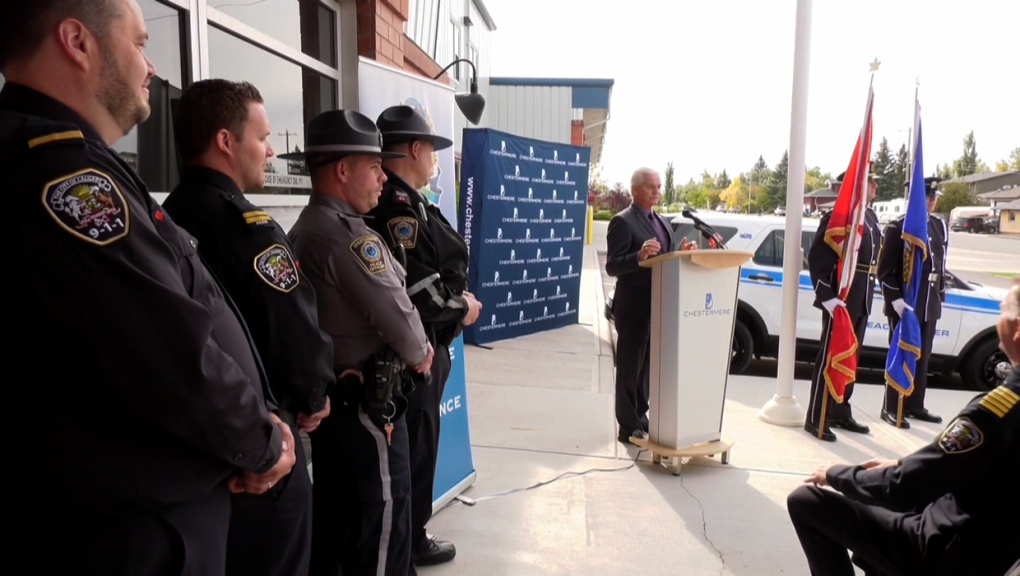 Peace officers with the City of Chestermere have a new ally in the effort to ensure their safety throughout their shift.

An agreement between the City of Chestermere and City of Calgary has peace officers checking-in with Calgary 9-1-1 at the beginning and end of their shifts, a move prompted by a fatal attack on an officer during a dog complaint response on a rural property in Priddis in 2012.

"We were all horrified by the tragic events of officer Rod Lazenby, a former RCMP officer that was working as a peace officer in the Foothills," said Doug Odney, City of Calgary 9-1-1 commander. "He responded to a call and subsequently was in an altercation (that) resulted in his homicide."

"I am pleased that from that event, the Solicitor General in Alberta had a fatality inquiry and, the result of those findings, we're now implementing recommendations from that inquiry that will improve officer safety for peace officers in Alberta."

The new system was put in place earlier this month and, according to Chestermere Peace Officer Sergeant Trevor Bowman, has had promising results.