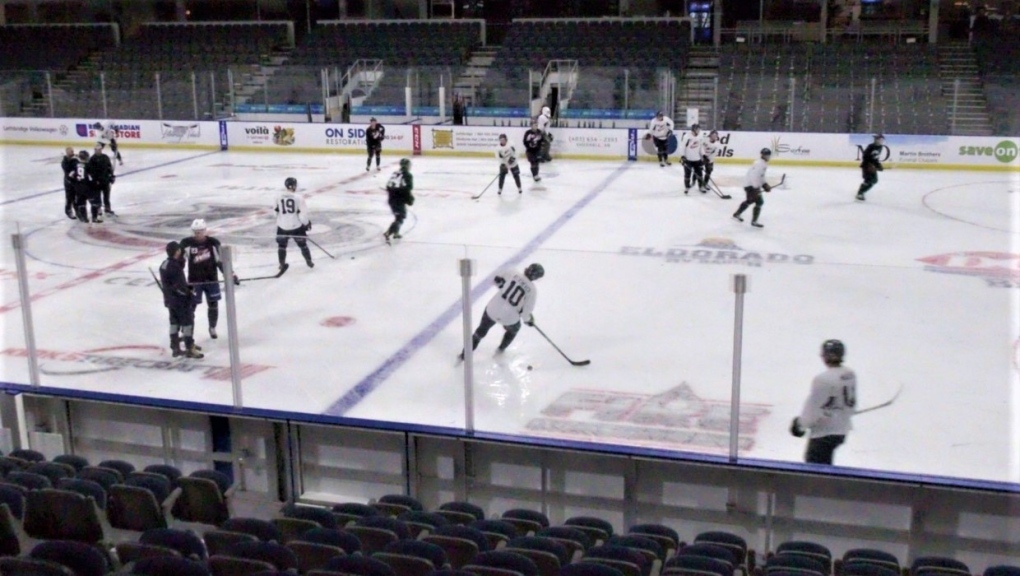 The Lethbridge Hurricanes are gearing up for their home opener on Friday against the Medicine Hat Tigers.

"We're excited," said Hurricanes head coach Brent Kisio. "We love playing in this building. Over the years I've been here, our fans are so contagious in the way they cheer."

The Hurricanes lost their first game of the regular season last Saturday, suffering a 9-1 loss at the hands of the Medicine Hat tigers.

“We know we're a better club than that," Kisio said. "We know we have a lot of things to clean up. It's early in the season. We reviewed the video and kind of got rid of that game pretty quick and get back to work."

The group taking the ice tomorrow night will be different from the one that played last Saturday; the Hurricanes shook up their roster in a big way Tuesday by shipping veteran forward and alternate captain Ty Nash to the Winnipeg Ice in exchange for a 2023 third round draft pick.

Hurricanes co-captain Joe Arntsen, who’s played with Nash since he was 16, says it was tough to see his friend go.

"That hurt me," he said. "He's one of my best buddies…But it's part of the game and everybody understands that."

It didn’t take long for the ‘Canes to add another Ty to the roster.

The club packaged the third round pick from the Nash deal with an additional fifth round pick in 2024 to the Brandon Wheat Kings in exchange for 2004-born forward Tyson Zimmer.

Zimmer is slated to make his Hurricanes debut at the home opener on Friday.

While he says it was tough to process the news initially, Zimmer’s says he’s ready for a new challenge.

"I was talking to my dad and my brother and they were saying it's going to be a big thing for me. Even the coaching staff, they said ‘I think a fresh start.'

"It took me a bit to get my head around it, but I think it'll be a really good thing."

Tickets are still available for the Hurricanes home opener and can be bought on the ENMAX Centre’s website.