Lethbridge man charged after $20K in drugs seized from home 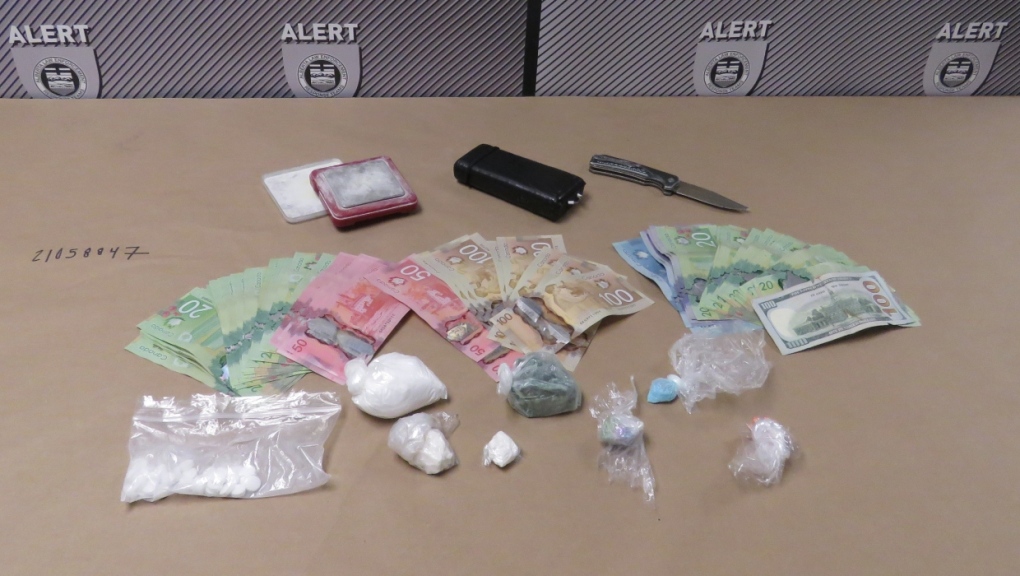 Lethbridge police released this photo of the items seized from a home in the 1300 block of 23th Avenue North.

Lethbridge police say one man has been charged after cash, a weapon and $20,000 worth of street drugs were seized from his home.

In a Wednesday news release, police said investigators witnessed the accused engaging in "behaviourconsistent with drug trafficking." He was arrested on Jan. 21.

Officers then executed a search warrant on the man's home in the 1300 block of 23rd Avenue North, at which time they seized the following:

Oliver Malisi, 33, is charged with the following offences:

Malisi was released from custody and is scheduled to appear in court Feb. 24.

The investigation was a joint effort between the Lethbridge Police Service and the Alberta Law Enforcement Response Team.