Makar, O'Connor take the Stanley Cup for a float on the Bow

Makar, O'Connor take the Stanley Cup for a float on the Bow

It's been to Niagara Falls, the Kentucky Derby, tossed off a balcony and guest starred on Howard Stern.

It's even been to Innisfail.

But Tuesday around 6 p.m., the Cup had a truly Calgarian experience when it floated down the Bow River.

And it wasn't even drunk!

The Bow visit was a last-minute event hastily orchestrated by a combination of the Calgary Fire Department's Water Rescue Unit and Calgary's contribution to the Colorado Avalanche, namely Logan O'Connor and the team's superstar defenceman Cale Makar.

Cale Makar and Logan O'Connor take the Stanley Cup on Calgary's Bow River for a float, with an assist from @CGYFireFighters.

We'll be live on @CTVCalgary soon with more from their celebration on the water. #yyc #GoAvsGo @Avalanche pic.twitter.com/0TFksTI1V8

Those two haven't even had their Cup day yet – O'Connor gets it Wednesday, and Makar Thursday – but as word spread from a post on Makar's Instagram page, fans began to gather at the banks of the river.

Around 125 people gathered around the area where the cup, Makar, O'Connor and a Calgary Fire Department employee boarded a water rescue boat to patrol the Bow, and hundreds more lined the river as the sight of a Stanley Cup floating down a river through the city began to sink in.

Before they floated the Bow with Lord Stanley, CTV News spoke to both O'Connor and Makar.

"It's gonna be pretty crazy," O'Connor said. "This plan came together sort of last minute but it'll be nice to share in the city a little bit. Hopefully we'll get some good people out there to watch it."

Makar, who won the Conn Smythe award as the most valuable player of the playoffs, appeared to be pumped up to be taking the Stanley Cup out for a float on the Bow. 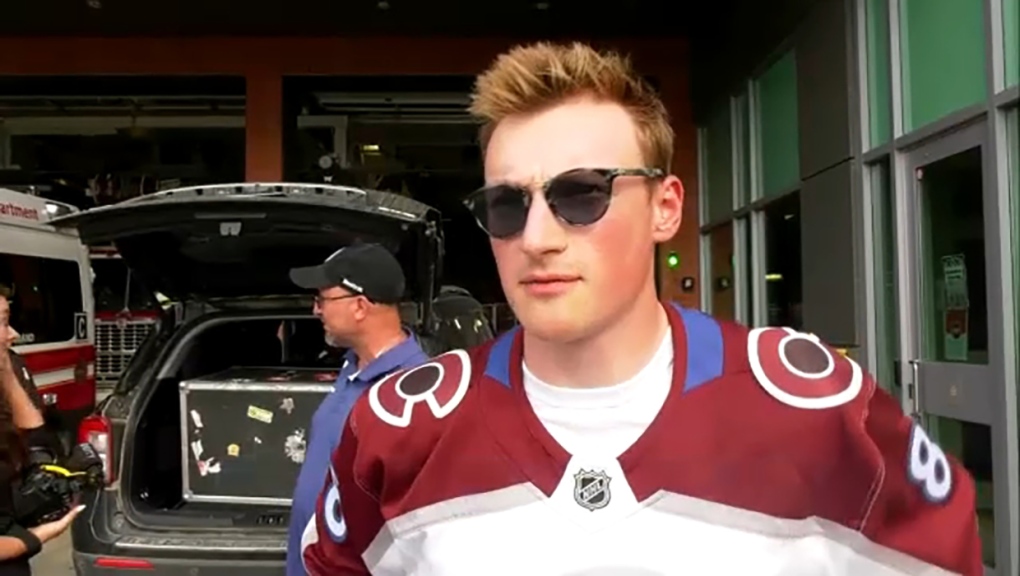 "It's amazing," he said. "We're very fortunate to be able to be here with the fire station today and have their help on the river and know that we'll definitely be making a great charitable donation, probably the burn unit for them and it should be a fun one."

With files from Bill Macfarlane