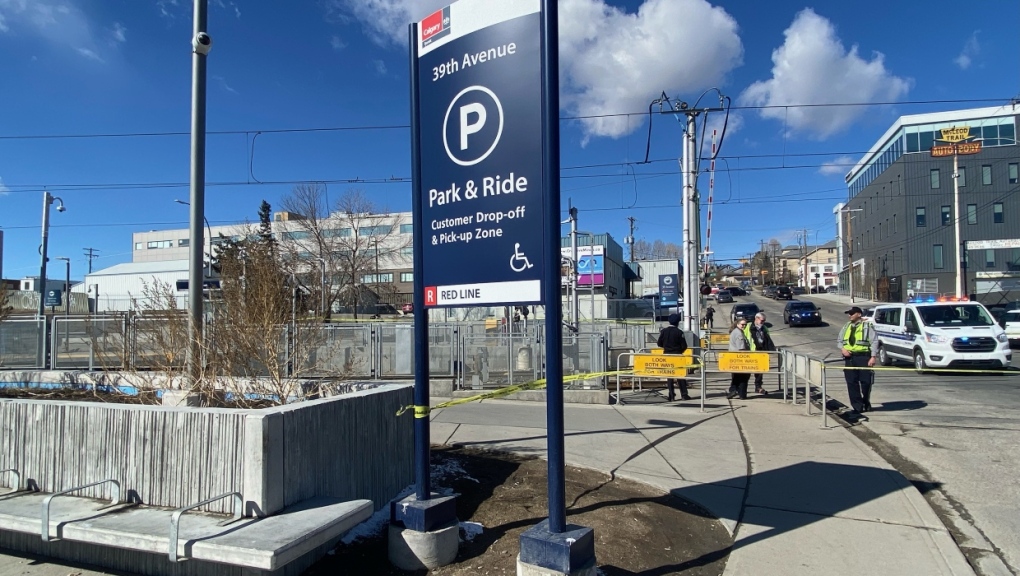 Calgary police investigate the death of a man at the 39th Avenue CTrain Station on Thursday, March 24, 2022.

One man died on Thursday after being hit by a CTrain in southeast Calgary.

Emergency crews were called to the 39th Avenue Station at around 11 a.m.

EMS say the victim was rushed to hospital in critical, life-threatening condition but succumbed to their injuries.

Calgary Transit closed the 39th Avenue Station as police investigated, and CTrains on the Red Line no longer stopped there.

Instead, Calgary Transit asked riders to head to Macleod Trail to catch a shuttle bus that would take them to Chinook Station or the Erlton/Stampede Station to continue on their travels.

The 39th Avenue CTrain Station then reopened shortly before 3:30 p.m.