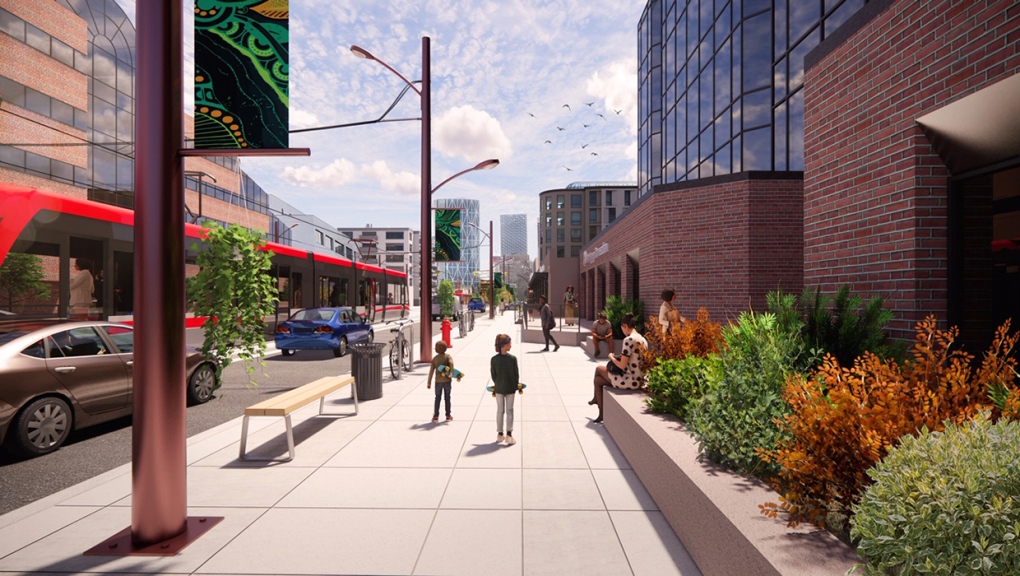 CALGARY -- After receiving a letter from Alberta Transportation about Calgary's Green Line transit project, Mayor Nenshi says despite the concerns the provincial government has, he is convinced it will meet all its scheduled deadlines.

Transportation Minister Ric McIver sent a letter to Nenshi Friday, outlining a number of issues the province had discovered in the summer review of the Green Line LRT.

They had to do with estimated costs, contingencies, governance structure and "overall procurement strategy."

"Albertans expect that the City and Province will conduct the necessary due diligence when it comes to this jointly-funded project," McIver wrote. "To that end, I am asking the City to work with the Province to take the required time to work through the proposed project, governance and procurement structure to ensure that the project is properly managing risk while delivering the right outcome for taxpayers."

We’re committed to working with both @CityofCalgary and @CityofEdmonton as partners to ensure the next generation of LRT projects are delivered in the best interest of those who need them, as well as the taxpayers who fund them. #YYC #YEG #YYCTransit #ABLeg #YEGTransit

Nenshi, in response to the letter, posted on social media and said he was glad to hear the province was still on board with the project, but its concerns were premature.

"The City has a record of delivering our major infrastructure projects on time and on budget," he wrote. "That is not a reputation we are willing to risk. We are committed to working with our partners at the provincial and federal governments so that all parties are comfortable that the Green Line can be delivered effectively and efficiently."

Premier Jason Kenney, during a media availability Friday said he had meetings about the review this week and says the province remains committed to expanding transit services for Calgarians.

"But we need to make sure that we are responsible stewards of taxpayers' money. It would be totally irresponsible for us to write a $1.5 billion cheque, particularly in tough economic and fiscal times without doing our due diligence."

He says the report on the Green Line LRT is "clear and objective."

"The mandate to the analyst was without prejudice – we weren't trying to bias the report one way or another. We want to know, before we make a final approval of Alberta's contribution, that this makes sense in terms of the risk, the viability of the project and the engineering."

Calgary city council approved a revised plan for the Green Line LRT in June. The project, which has an estimated price tag of $4.9 billion, will be built in three sections with construction beginning as early as spring 2021.

Despite the misgivings outlined in the letter, McIver says the province is continuing to look forward to working with the City of Calgary on the next steps in the project.

The review findings are expected to be released publicly sometime next week.

Earlier today, The City of Calgary received a letter from Alberta Transportation Minister Ric McIver detailing the concerns raised by their summer review of the Green Line project. pic.twitter.com/ukXRbp7cmv