Motorcyclist succumbs to her injuries following Highway 1A crash 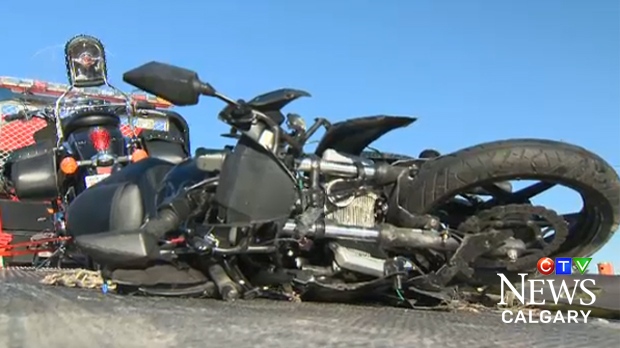 One woman is dead following an early afternoon crash near the Ghost Lake reservoir.

According to EMS spokesperson Stuart Brideaux, an EMS crew was dispatched shortly before 1:00 p.m. following reports of a collision between a large pickup truck and a motorcycle which had left the motorcyclist with serious, potentially life threatening injuries.

Prior to EMS arrival, several Good Samaritans, including off duty medical professionals, attended to the woman and and performed CPR.

A Cochrane based EMS crew arrived and attempted to resuscitate the woman but their efforts proved unsuccessful. The motorcyclist was pronounced dead at the crash scene.

According to witnesses, the motorcyclist had been riding alongside several other bikes at the time of the crash. RCMP confirm the woman was a relatively new motorcycle rider and her husband was riding with her on his own bike.

Police believe the rider failed to navigate a series of turns in the road and entered the path of a pickup truck pulling a horse trailer.

The identity of the deceased has not been released but it's believed she was in her early forties.