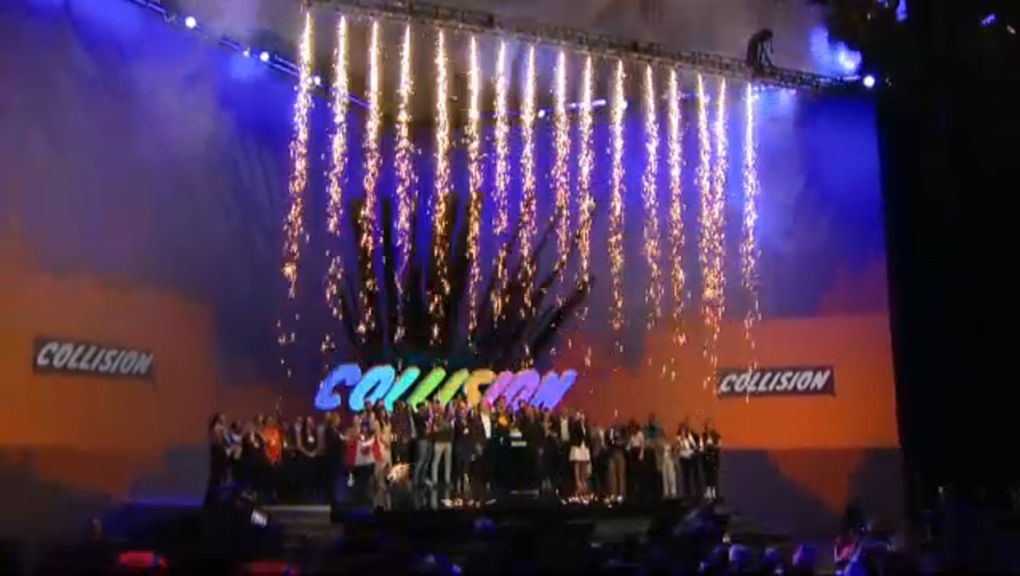 The mayor of Calgary is in Ontario to sell the depth and talent of Calgary’s pool of workers, and its readily available inexpensive commercial space, to investors and business alike.

In an interview with BNN Bloomberg’s The Real Economy, Naheed Nenshi said his visit to Collision, a global tech conference in Toronto, is intended to bring business to Calgary.

“The pitch for Calgary is a really powerful one,” said Nenshi during Tuesday’s appearance. “You basically have this incredibly deep talent pool, great technical talent, the most educated population in the country. You’ve got a lot of prosperity, a lot of private wealth, a lot of investors and so on in place. Now what we add to it is you’ve got incredibly cheap space, you’ve got a really great cost of living, and you combine that with this incredible quality of life.”

“Once people understand Calgary, they’re in. The problem is nobody knows we exist so getting that word out is important.”

The current office vacancy rate in downtown Calgary currently sits at approximately 25 per cent and the City is actively looking to fill the void. “There’s only two ways to fill it up. You grow local businesses or you bring in businesses from the outside. We’re focused on both of those things right now.”

Nenshi says Premier Jason Kenney’s plan to lower corporate taxes only assists profitable companies and the mayor would have preferred a lowering of the provincial property taxes that would have helped all businesses. He adds corporate tax cuts will not be enough to bring business to Calgary and the City cannot adopt a passive approach.

“Just lowering the taxes and holding up a sign that says ‘taxes lower, please come’ isn’t going to do the job. You’ve got to sell hard. You’ve got to make packages for people that make sense for their industry.”

Despite their slightly differing views on tax cuts, Nenshi says he and Kenney are aligned in their goals. “The premier totally gets it and he and I share the goal of bringing jobs to Calgary.”

Nenshi concluded his appearance by reminding the audience, including the federal government, that a strong economy in Calgary is good for Canada as a whole.

“My pitch to the federal government is Toronto and Vancouver, and to a lesser extent Montreal, are doing fine. Please focus your efforts now for the long term, but in the short term, for the next couple of years, on Alberta and specifically on Calgary and you’ll see huge dividends.”

With files from BNN Bloomberg's The Real Economy